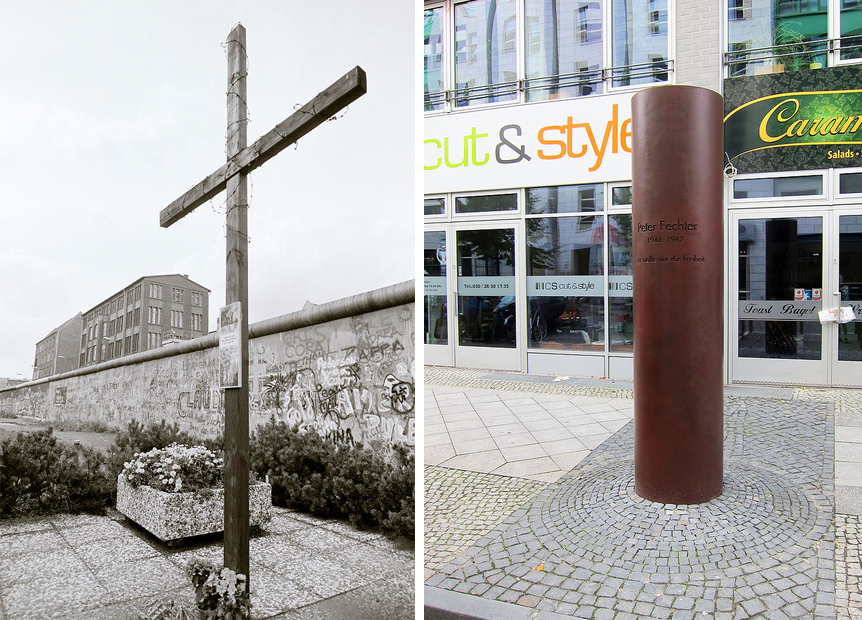 Today is the anniversary of the 1962 murder of East German bricklayer Peter Fechter, who was shot crossing the Berlin Wall. A cross was quickly placed on the western side near the spot where Fechter was shot and slowly bled to death. At the invitation of Willy Brandt, the then mayor of West Berlin, the Yale Russian Chorus sang a German translation of Mozart’s Ave Verum Corpus near the site in the week following the shooting. On the first anniversary, a wreath was placed there by Willy Brandt and US Commander of the Berlin Brigade. This memorial is pictured in the photo on the left. After German reunification in 1990, the Peter-Fechter-Stelle memorial was constructed on Zimmerstrasse, at the precise spot where he had died on the Eastern side, and this has become a focal point for some of the commemorations regarding the wall. This is pictured on the right. The engraving reads “…he just wanted freedom.”