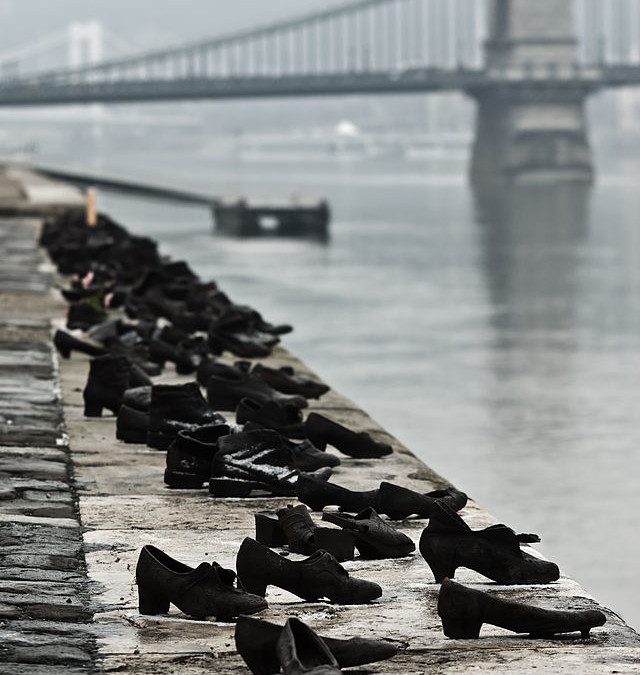 Completed in April, 2005, this sculpture is a memorial created to honor the Jews who were murdered by fascist Arrow Cross Militiamen in Budapest in 1944-45, during World War II. The Brigade would line up as many Jews as possible and shoot them on the river’s bank to save them the work of having to bury the bodies. The victims had to take their shoes off, since shoes were valuable belongings at the time. The sculptor Gyula Pauer created sixty pairs of period-appropriate shoes out of iron, which are attached to the stone embankment. Behind them is a 40 meter long stone bench. At three points along the bench are cast iron signs, with memorial text in Hungarian, English, and Hebrew.