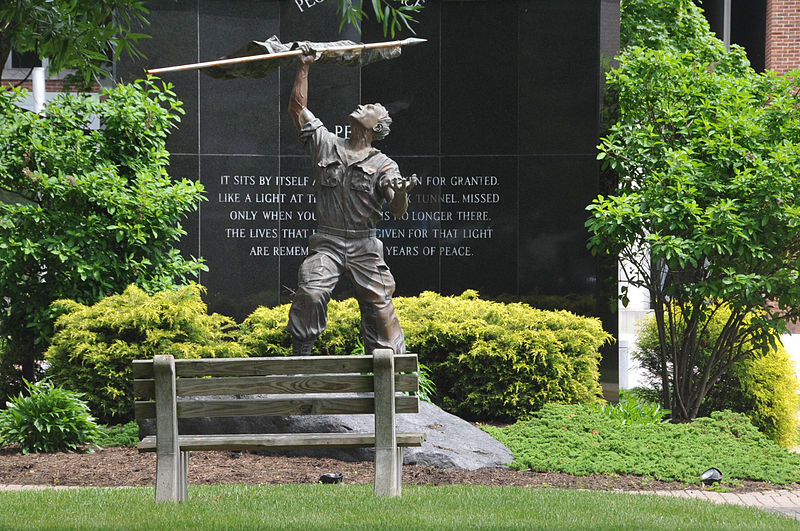 Standing outside the Gloucester County Courthouse, the bronze statue of an unarmed soldier holds aloft an American flag. Commissioned by the county’s veteran’s commission, it was sculpted by Deptford, NJ artist Frank A. Seder Jr., who said he hoped his piece would honor the knowledge that came from war rather than war itself.  The memorial is in two parts. “The Soldier of Peace” is a 7-foot-tall  bronze soldier with flag.  “The Wall” is a curved black granite wall dedicated to MIAs, POWs and women who served or suffered a loss from the scars of war.