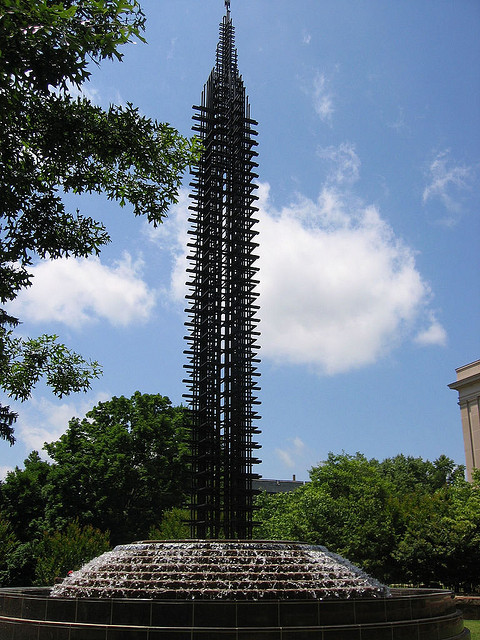 Fulbright College of Arts and Sciences at the University of Arkansas dedicated the peace fountain in 1998 in tribute to the legacy of the late Senator J. William Fulbright. Fulbright believed that education, particularly study abroad, has the power to promote tolerance and understanding among nations. He created the famed Fulbright Scholar Program, established in 1946 to promote international understanding through the worldwide exchange of university students, teachers, artists and other professionals. A statue of Fulbright faces the fountain. At the statue’s dedication in 1999 former president (and Fulbright Scholar) Bill Clinton described Fulbright’s beliefs as, “The best thing America could do was to be an intelligent example of the world through material helpfulness without moral presumption. He said that we should make our own society an example of human happiness, make ourselves the friend of social revolution, and go beyond simple reciprocity in the effort to reconcile hostile worlds.” The 41 foot high fountain, consisting of sculpted bronze links atop a granite base, was designed by Fay Jones and Maurice Jennings.