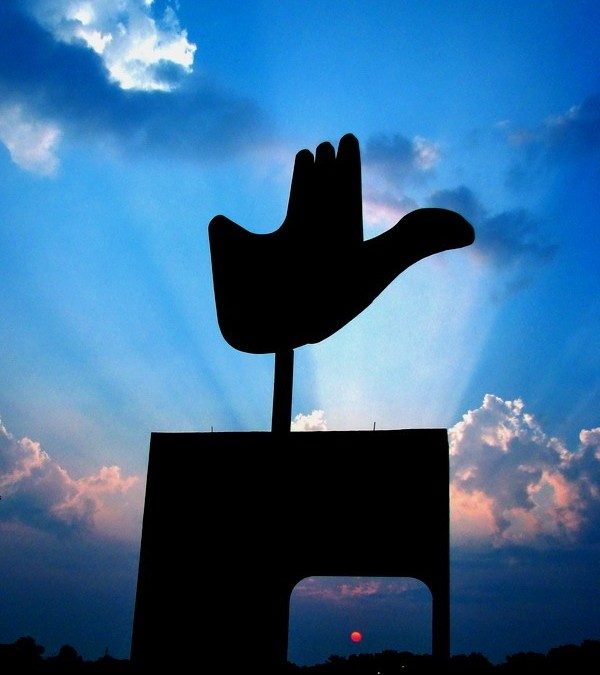 After the partition of India on 15 August, 1947, the former British province of Punjab was also split between east Punjab in India and west Punjab in Pakistan. The Indian Punjab required a new capital city to replace Lahore, which became part of Pakistan during the partition; the government carved out Chandigarh of nearby villages. Known internationally for its architecture and urban design, the master plan of the city was prepared by Le Corbusier. Chandigarh hosts the largest of Le Corbusier’s many Open Hand sculptures. Standing 85 feet high, the structure was designed to move in the wind. Doesn’t it look like a dove? The Open Hand (La Main Ouverte) is a recurring motif in Le Corbusier’s architecture, a sign for him of “peace and reconciliation. It is open to give and open to receive.”