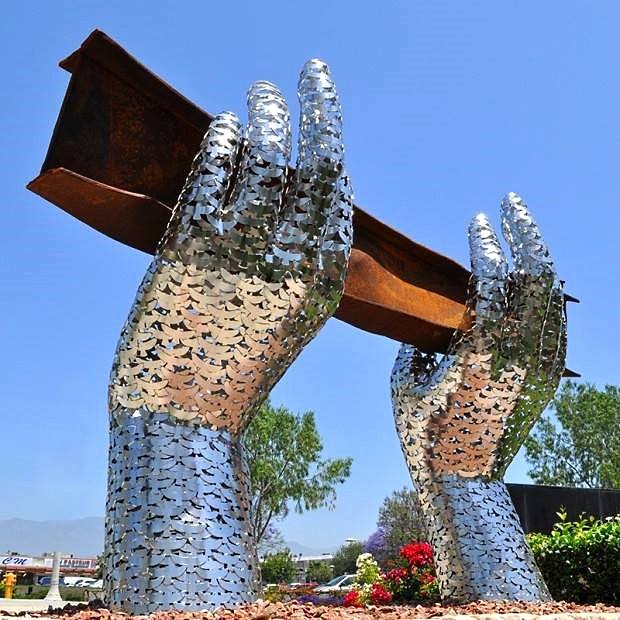 Is this a peace monument? You decide. The sculpture consists of an iron beam pulled from the rubble of the World Trade Center held up by two stainless steel hands. The hands holding it up are constructed from 2,976 individually crafted stainless steel birds, each representing a victim of the attacks. “That steel beam represents the American spirit,” Rosemead Mayor Steven Ly said. “Even though it suffered a lot of damage that day, it’s still there and still strong.” City Councilwoman Sandra Armenta said the sculpture was a reminder that the nation will never forget those who lost their lives in the attacks. “The two hands, for me, holding up the steel beam just proved…we will always rise above that,” she said. According to the LA Times, “Some see doves. Others are certain they are looking at hawks. Still others are convinced the small figures they’re seeing represent angels.”  “I didn’t want to be too specific. I want the viewer to bring their own ideas to it,” artist Heath Satow said.