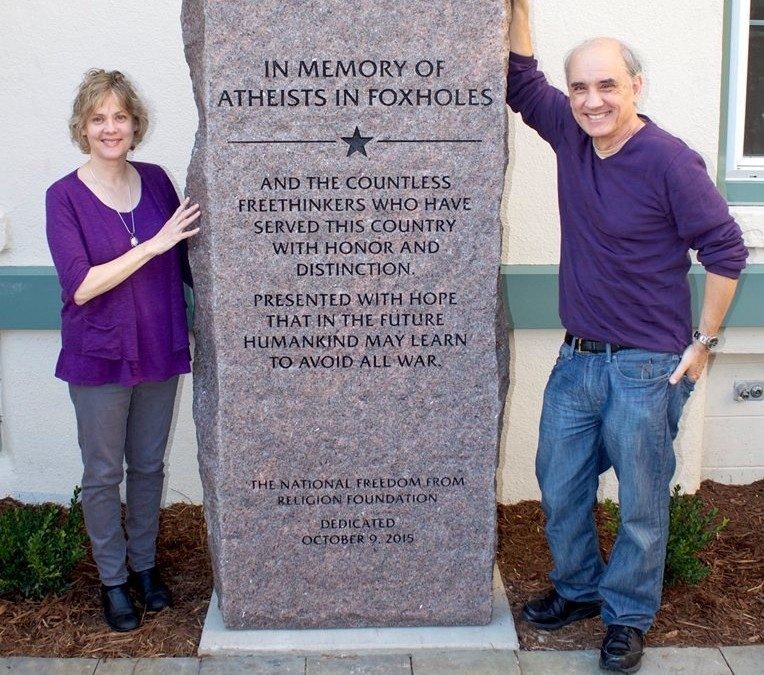 A new monument in Madison, Wisconsin contradicts an old jingoistic slogan that proclaims no secular person could, or would, give their lives on the battlefield in the name of the United States. The old aphorism “There are no atheists in foxholes,” has served to spark the ire of the Freedom From Religion Foundation time and time again, so foundation members say they decided to erect a monument in front of its Madison, Wisconsin, office that offers a rebuttal.  Erected in October, 2015, it reads: “In memory of atheist in foxholes and the countless freethinkers who have served this country with honor and distinction. Presented with hope that in the future humankind may learn to avoid all war.”