Monday’s Monument: May We Have Peace, Norman, Oklahoma 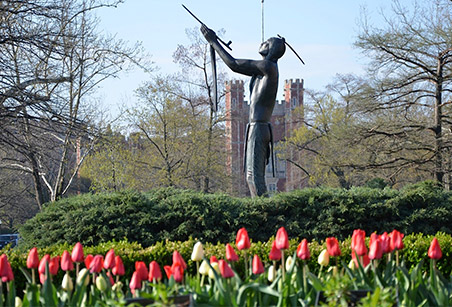 The sculpture was erected in 1992 through the efforts of the Oklahoma University Student Association at a main north entrance to the University of Oklahoma campus. A standing Native-American male figure faces east. He wears moccasins, buckskin pants and a breechcloth. Both arms are extended upward with a peace pipe clasped in hands held as though in prayer. On the base a plaque reads, “A university is a place where we should learn how to challenge and argue with each other without ceasing to love and respect each other.”