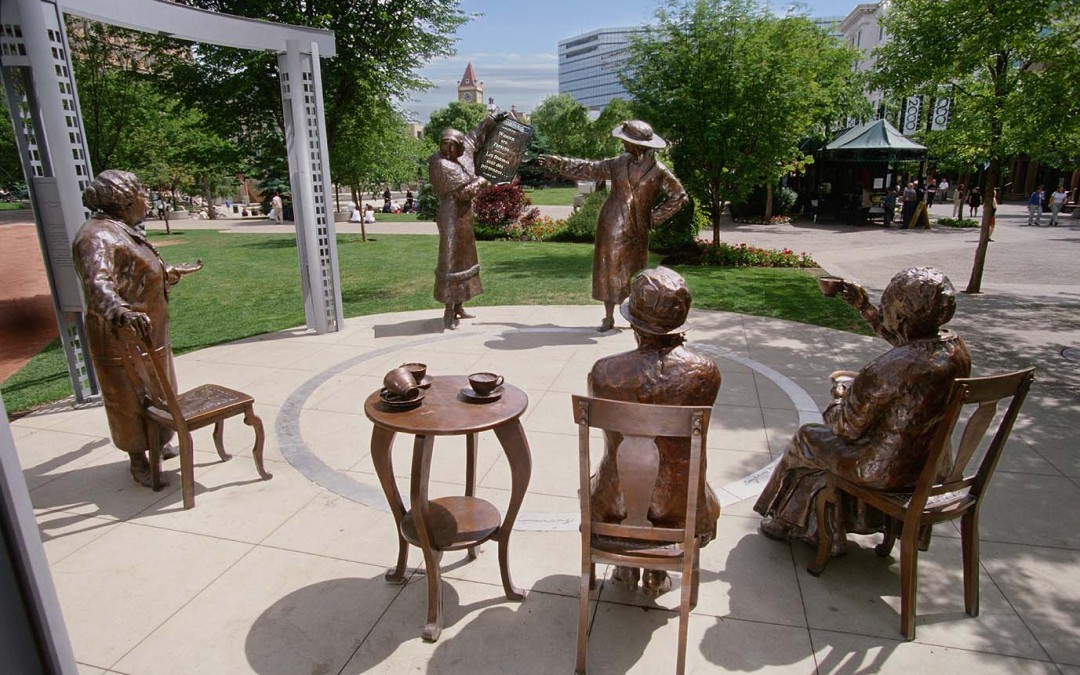 For International Woman’s Day we thought we’d highlight a few monuments honoring women this month. Five Alberta women fought to have Canadian women recognized constitutionally as “persons” who were eligible to be named to the Senate. Emily Murphy led the battle and she was supported by Irene Parlby, Louise McKinney, Henrietta Muir Edwards and Nellie Mcclung. The Supreme Court of Canada rejected their case in 1928 but the Judicial Committee of the British Privy Council decided in favor of the women on October 18, 1929. These courageous ladies came to be known as the “Famous Five” and October 18 is now known as Persons Day in Canada. This statue was dedicated in 1999.