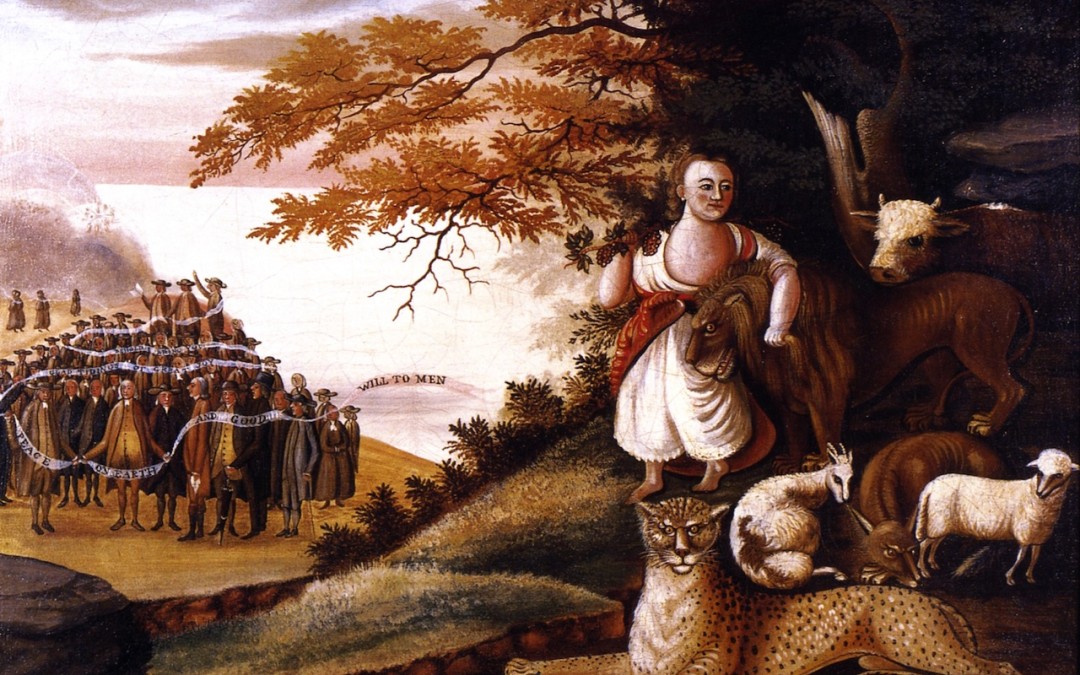 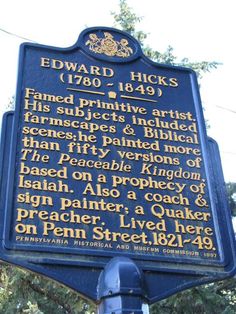 Edwards Hicks was a Quaker sign painter, best known today for his “ornamental” paintings, ” especially the motif known as “The Peaceable Kingdom,” which illuminates Isaiah 11: “The wolf also shall dwell with the lamb, and the leopard shall lie down with the kid, and the calf and the young lion and fatling together; and a little child shall lead them.”  He painted somewhere between 60 and 100 painting on this theme; the one pictured above is in the San Antonio Museum of Art. He often combined the peaceable kingdom theme with Penn’s Treaty with the Indians, commemorating William Penn (who had lived up the road in Pennsbury Manor) entering into peace treaty in 1683 with Tamanend, a chief of the Lenape Turtle Clan, under the shade of an elm tree near the village of Shackamaxon  in Pennsylvania. The peace would endure almost a century, until the Penn’s Creek Massacre of 1755. The treaty William Penn entered into was remarked upon by Voltaire, who called it “… the only treaty never sworn to and never broken.”

Hicks was born in Langhorne, PA. In 1821 he built a house on Penn Street in nearby Newtown, where he lived and painted for the remainder of his 69 years. It is commemorated with a historical marker and an information board describing his life and work as a painter, preacher and peacemaker. 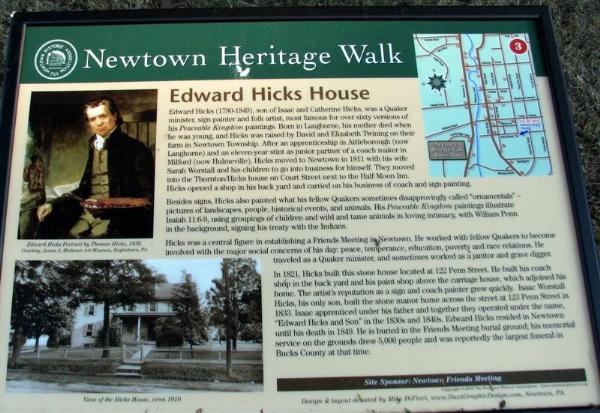