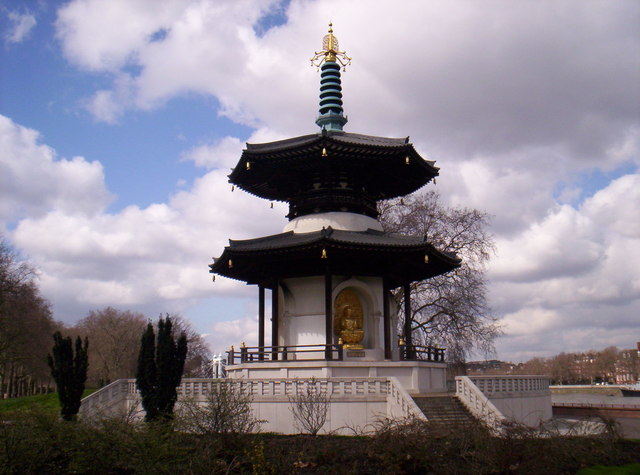 The Founder and Preceptor of Nipponzan Myohoji Buddhist Order, The Most Venerable Nichidatsu Fujii (1885 – 1985), or Fujii Guruji as he was called by Mahatma Gandhi, was devoted to world pacifism and international disarmament. He worked with Gandhi in India in the early 1930s, fighting for Indian independence and protesting against Japanese militarism. Following World War II he campaigned against nuclear weapons, for world peace and social and moral justice in the world. Starting in 1947, He sent monks and nuns across the world to construct Peace Pagodas. In 1985 they erected this pagoda in Battersea Park, London. The Reverend Gyoro Nagase, the sole monk in an adjacent monastery, tends to the Pagoda.