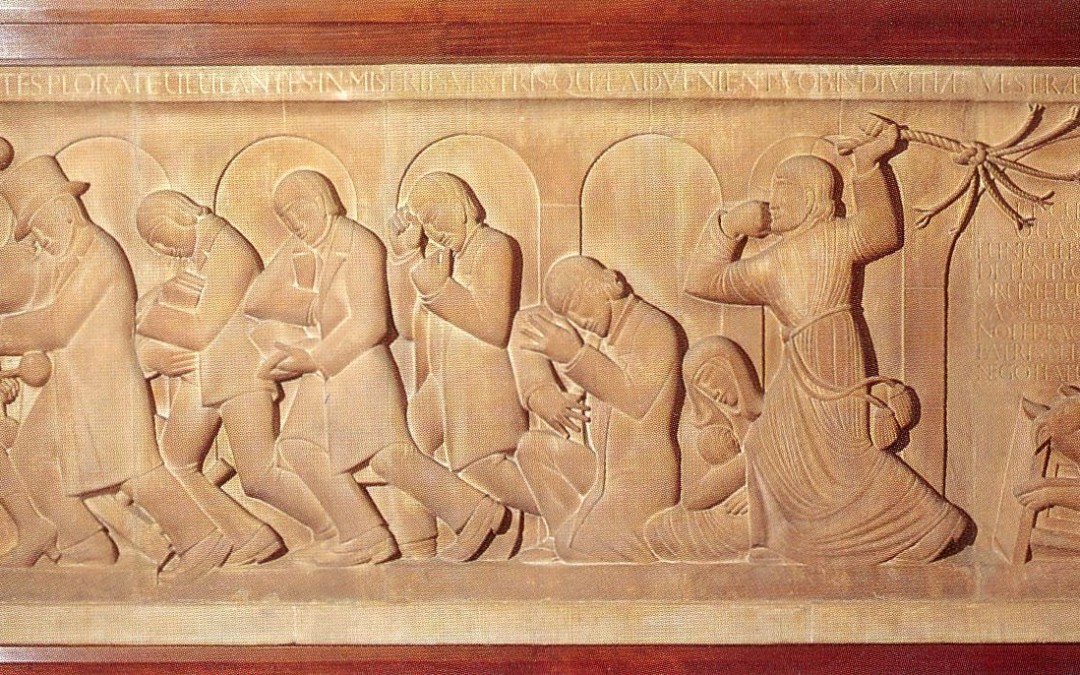 Oh, the irony! After World War I, the University of Leeds commissioned the radical sculptor (and type designer) Eric Gill  to produce a war memorial. In 1923 he presented a frieze of the gospel story of Jesus driving the money-changers out of the temple. Those expelled were dressed as contemporary Leeds merchants. Gill’s message was that the “money men” were a key cause of the war. He wrote, ““the turning out of the money-changers has been chosen as a war memorial, for it commemorates the most just of all wars — the war of Justice against Cupidity — a war waged by Christ Himself.”  The local press called  the work  ‘bizarre’, ‘puzzling’, ‘strange’ and ‘not appropriate’. Others rallied to defend it, including J R R Tolkien. Originally installed outside and eventually overgrown with ivy, it was moved indoors in 1961. Gill was a pacifist and, in 1936,  helped set up the Catholic peace organization Pax. He joined the Peace Pledge Union and supported the British branch of the Fellowship of Reconciliation. When in May 1940 the printers of the pacifist paper Peace News refused to print any further issues for fear of being raided by the police,  Gill hand-set and printed two issues whilst another regular printer was sought.