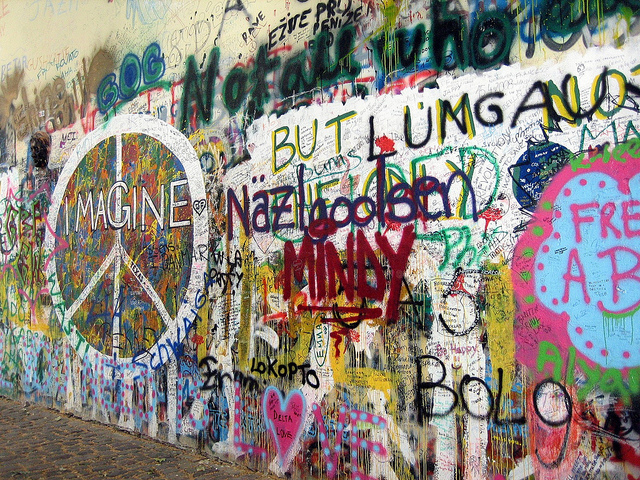 When John Lennon was murdered in 1980 he became a hero to many youth in what was then communist-ruled Czechoslovakia and his picture was painted on a wall in Mala Strana, near the French Embassy, along with graffiti defying the authorities. By doing this, those young activists risked prison for what was called “subversive activities against the state.” Police would white-wash the wall. It would be repainted. And repainted again. The movement these students followed was described ironically as “Lennonism.” Some believe that the John Lennon Peace Wall helped inspire the non-violent Velvet Revolution that led to the fall of Communism in the former Czechoslovakia in 1989. On 17 November 2014, the 25th anniversary of the Velvet Revolution, the wall was painted over in pure white by a group of art students, leaving only the text “wall is over.” The wall was quickly re-graffiti-ed and the “Wall is Over” changed to “War is Over.”