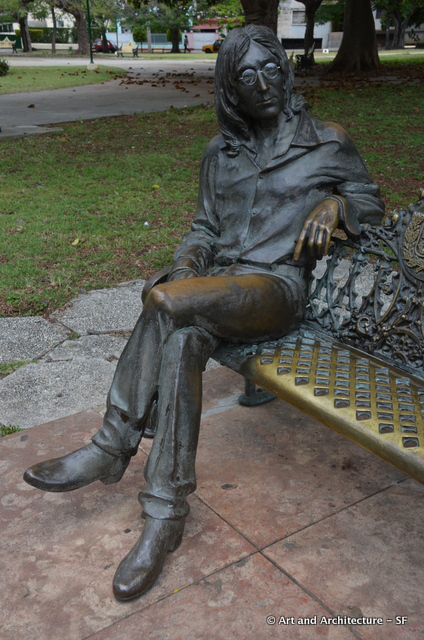 In the John Lennon Park at 17th and 6th in Havana is a sculpture of former Beatle John Lennon, sculpted by Cuban artist José Villa Soberón. On a marble tile at the foot of the bench there is an inscription: “Dirás que soy un soñador pero no soy el único,” the Spanish translation of “You may say I’m a dreamer, but I’m not the only one,” from the song “Imagine.” The statue was unveiled December 8th 2000, the 20th anniversary of Lennon’s murder. When Lennon was harassed by the US government in his later life, Cubans considered him a rebel.