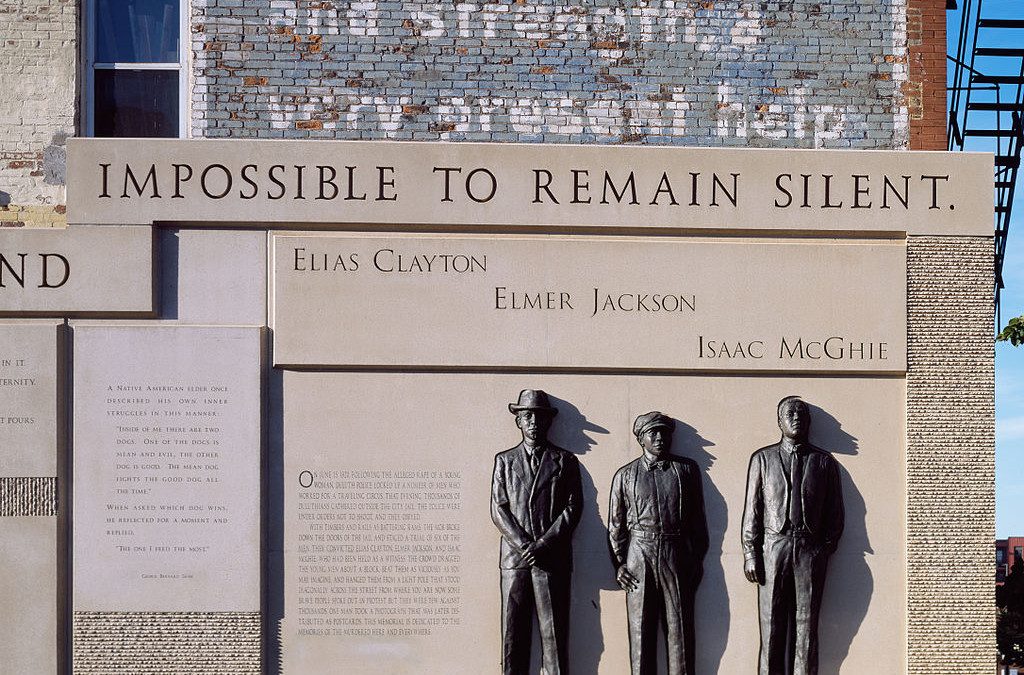 On June 15, 1920, Black circus workers Elmer Jackson, Elias Clayton, and Issac McGhie, falsely accused of rape,  were hanged in Duluth while a white mob of 10,000 looked on. The lynchings made headlines throughout the whole country. The Chicago Evening Post wrote, “This is a crime of a Northern state, as black and ugly as any that has brought the South in disrepute.”  The memorial dedication in 2003 drew thousands of people from all over the area. The first verse of Bob Dylan’s 1965 song “Desolation Row” (he was born in Duluth) recalls the lynchings: They’re selling postcards of the hanging/ They’re painting the passports brown/ The beauty parlor is filled with sailors/ The circus is in town.