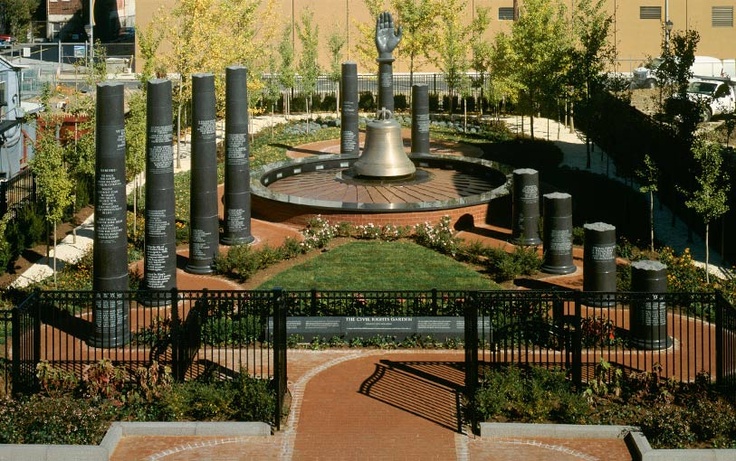 Designed by Larry Kirkland of Washington, D.C., the garden features a brick path through a garden of seasonal plants, flowers and ginkgo trees. Eleven black African granite columns are inscribed with quotes from slaves and students, presidents and preachers, all discussing the struggle of black Americans for equal treatment. The central column features an upraised hand and a large, bronze bell hovering over a reflecting pool. The garden is next to the city’s Carnegie Library, often a venue for events such as the annual Fannie Lou Hamer Human and Civil Rights Symposium. Fannie Lou Hamer was a founder of the Mississippi Freedom Democratic Party, which sent an alternate delegation to the 1964 Democratic Convention, which was held in Atlantic City. The credentials committee refused to compromise. She famously said, “I’m sick and tired of being sick and tired.”