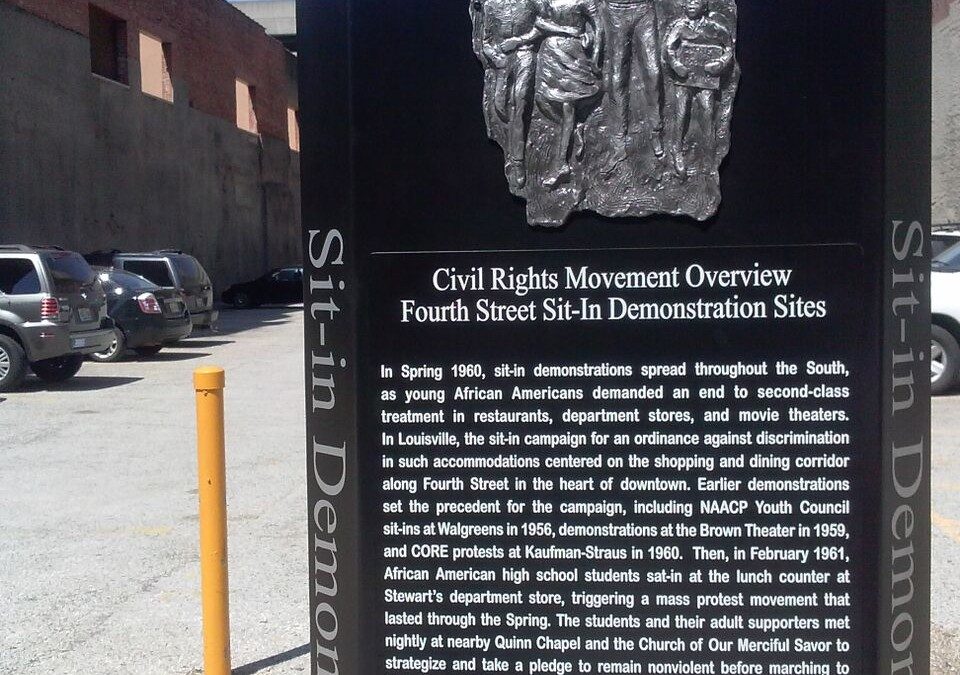 This trail consists of eleven markers along Fourth Street in downtown Louisville, the city’s primary corridor of restaurants, department stores and theaters. Through the 1950s, most white-owned establishments downtown excluded African Americans or treated them differently as customers—for example, denying them the opportunity to try on clothes, to sit at lunch counters and to enter movie theaters. By winter 1961, small-scale demonstrations and efforts to secure legislation opening all such facilities had failed. The stirrings of protest activity that swept the South in the 1960s inspired African American teenagers who became the “foot soldiers” of the struggle against discrimination in public accommodations in Louisville. Mass student demonstrations in spring 1961, a voter registration drive and a campaign to unseat an unsympathetic mayor and elect a new board of aldermen ultimately led to the passage of the public accommodations ordinance – the first such law in the South. All Louisville schools were given teacher guides to the trail. It was officially opened in September, 2015.