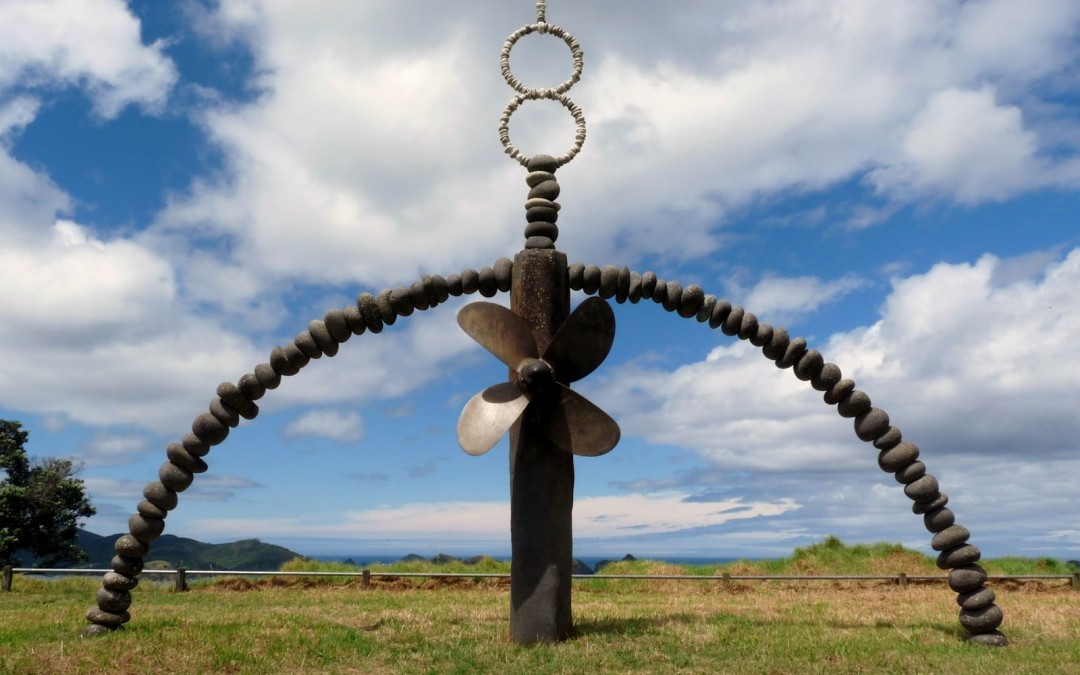 On a headland at the northern end of this beach sits the Rainbow Warrior memorial, an early work of Chris Booth, a New Zealand sculptor. The memorial site, a brisk 15 minute walk from the beach, has majestic views towards the Cavalli Islands where the Rainbow Warrior was scuttled over 25 years ago. The ship itself has become a living reef and marine preserve and is a popular diving spot: a memorial in its own right. In 1985 the Rainbow Warrior, a Greenpeace protest ship on its way to protest Nuclear testing in French Polynesia, was bombed in Auckland’s port by French intelligence agents. The memorial was started in 1988 and dedicated in 1990.