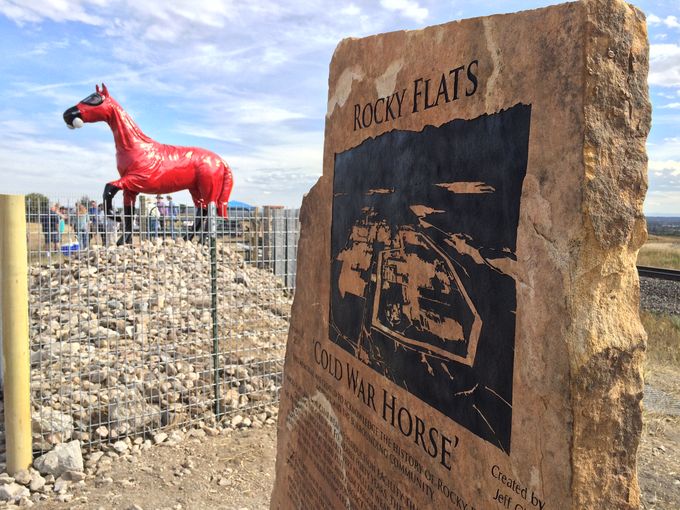 “Cold War Horse” was created to acknowledge the history of Rocky Flats Nuclear Weapons Plant, its workers, and the surrounding community. During its operation Rocky Flats manufactured parts for nuclear bombs; an estimated 70,000 plutonium triggers were produced at the plant beginning in 1952. Over the years Rocky Flats experienced many routine and accidental releases into the air soil and water, many of which eventually became public. In 1989 the FBI raided the plant because of suspected environmental crimes. Rockwell International, who operated the plant at the time, plead guilty and was ordered to pay an $18 million fine. In 1992 the plant was closed and remediation began on what was now an EPA superfund site. Cold War Horse was created by Jeff Gipe, whose father worked in the plant.