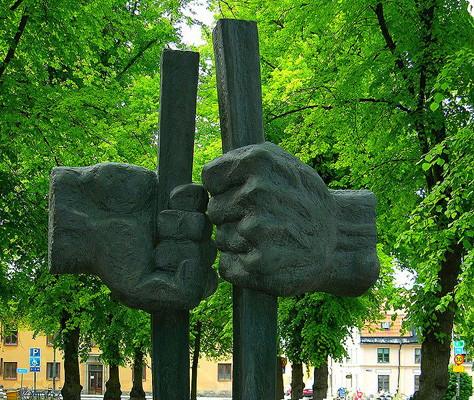 In a Medieval plaza facing the city’s university, artist Olof Hellström depicts two large fists removing rods from the ground, symbolizing Dr. Martin Luther King’s message that the best way to solve a problem is to remove the cause. Or perhaps it is two large hands breaking prison bars. It was dedicated in 1978 on the 10th anniversary of King’s assassination. The plaza was also renamed in his honor.