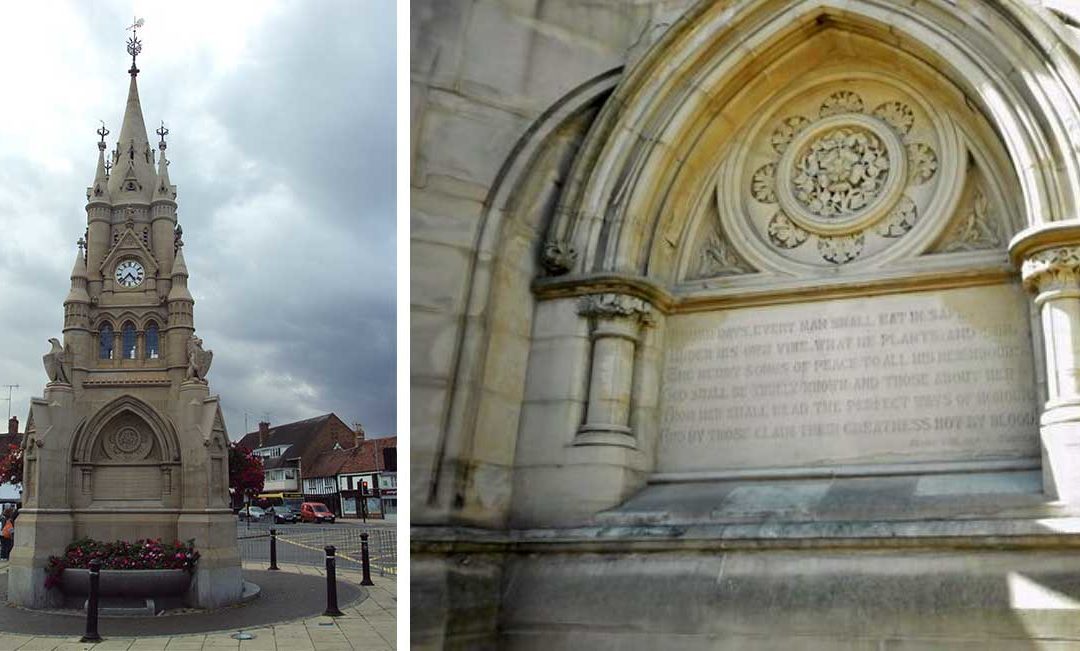 The drinking fountain and clock tower in the market square of Stratford-Upon-Avon was the gift of Philadelphia Ledger publisher, antiquarian and philanthropist George Childs, donated for the Golden Jubilee of Queen Victoria. It was unveiled in 1887 by the actor Henry Irving and was also intended to be a tribute to Shakespeare and to Anglo-American friendship. It earns it’s status as a peace monument with the inclusion of this quotation from Henry VIII (Act V, scene 5) spoken in the play by the Archbishop of Canterbury, Thomas Cranmer, at the christening of Elizabeth: In her days every man shall eat in safety \ Under his own vine what he plants, and sing \ The merry song of peace to all his neighbours. \ God shall be truely known, and those about her \ From her shall read the perfect ways of honour \ And by those claim their greatness not by blood. The verse, of course, echoes Micah 4:4: Everyone will sit under their own vine and under their own fig tree, and no one will make them afraid. The clock still works but the drinking fountain is dry. Flowers are planted in what were once horse troughs.