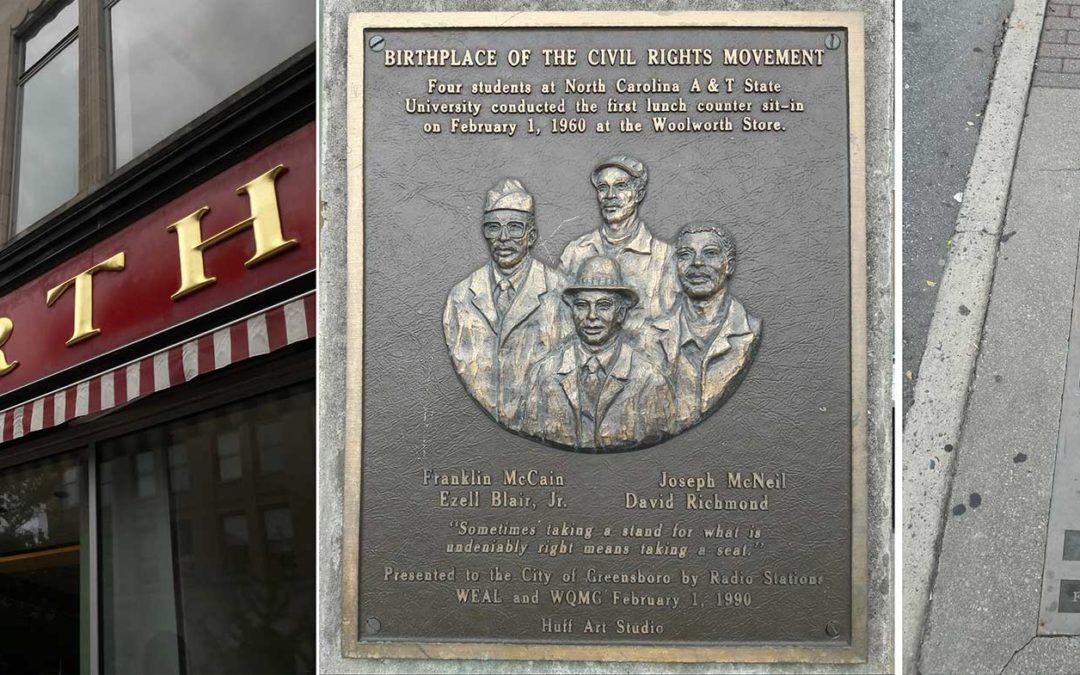 On February 1, 1960 four black students from North Carolina Agricultural and Technical State University—Joseph McNeil, Franklin McCain, Ezell Blair Jr. and David Richmond—sat down at a segregated Woolworth’s lunch counter in downtown Greensboro and started a movement. In 1990, the 30th anniversary of the nonviolent action the city of Greensboro installed a plaque on the wall and the four men left their footprints on the sidewalk. Richmond died later that year. The plaque contains the quotation: “Sometimes taking a stand for what is undeniably right means taking a seat.” Ultimately, 70,000 students took part in civil rights sit-ins across the nation. In 1993, the Woolworth’s downtown Greensboro store closed, and the company announced plans to tear down the building.A consortium was started to raise funds to buy the building, which, since 2010, houses the International Civil Rights Center and Museum. A section of the lunch counter is part of a Smithsonian exhibit in Washington, D.C.