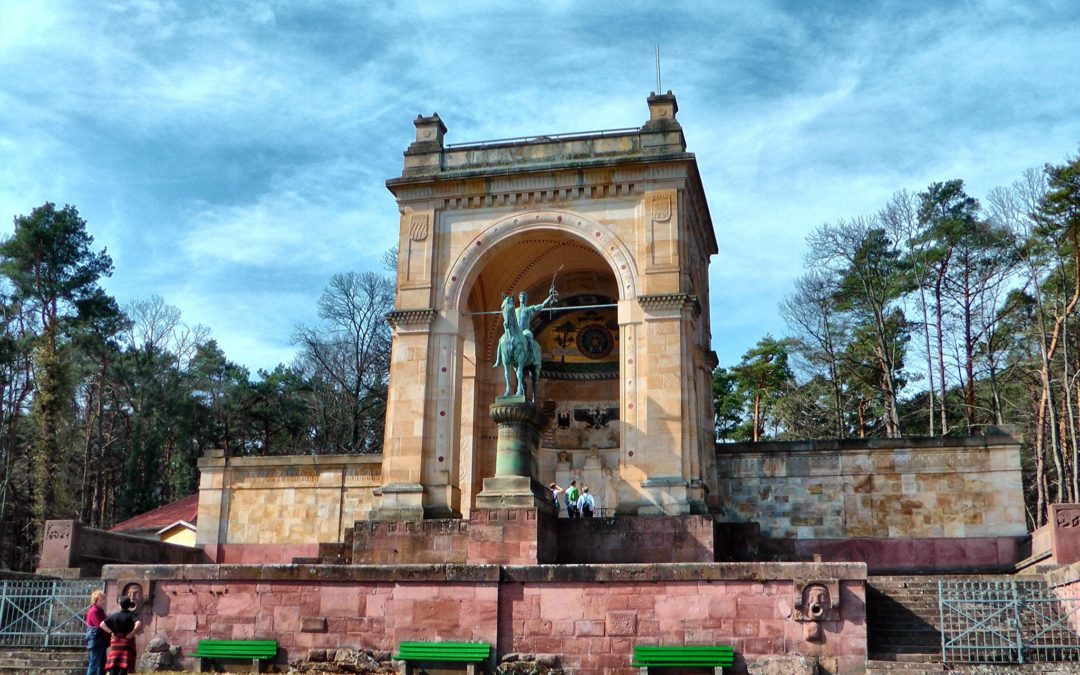 This was built in 1899 as a Siegesdenkmal — victory monument — over the French in the Franco-Prussian War (1870/71), on the edge of the Pfaltzwald. Because of its location, one can see across the Rhine all the way to Strasbourg (there are stairs in the back leading to a viewing platform on the roof.) From the beginning, it emphasized the unification of the German empire (which was the entire point of the war), as observed in the inclusion of the German states coats of arms and the motto Einigkeit Macht Stark (Unity makes us strong.) After World War II, when militarism was frowned upon in Germany, the Seig (victory) aspects of the monument were downplayed. In 1969 — the 1,200th anniversary of the founding of the city — the transition to Frieden (peace) became complete when a sword in the hand of the rider was replaced with an olive branch. Since 2008 a huge rock concert — Rock am Friedensdenkmal — has been held there in August.