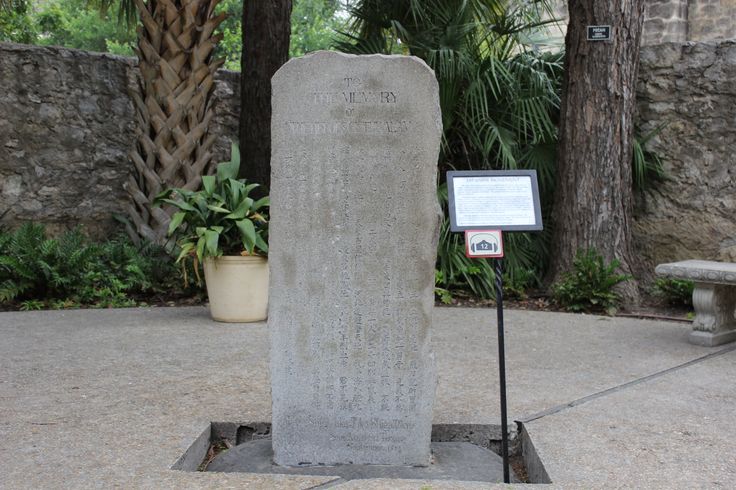 There are times when monuments ostensibly erected to glorify war also have a side that glorifies peace. Two monuments, one in Okazaki, Japan and one in the Alamo courtyard in San Antonio, bear these words commemorating the Alamo defenders and comparing their battle to the 16th century Japanese Battle of Nagashino:

Dedicated on November 6, 1914, the Alamo monument was intended to symbolize international peace and unity for Japan and the United States. Dr. Shigetaka Shiga, a geography professor in Tokyo, saw similarities in the two historic battles, included troops barricaded inside fortifications, improvised palisades, youthful commanders, a prolonged siege by an overwhelming force, heroes sneaking through enemy lines to call for reinforcements, significant casualties in the larger army and an out-sized legend in popular imagination. At the dedication, Shiga, who donated the monument, said he intended to “make my people understand the friendliness, generosity, and hospitality of the inhabitants of far-off America.” The monument was defaced the day after Pearl Harbor. There were calls for its removal, including a request from the Mayor, but the Daughters of the Republic of Texas, then the custodians of the Alamo, protected it.