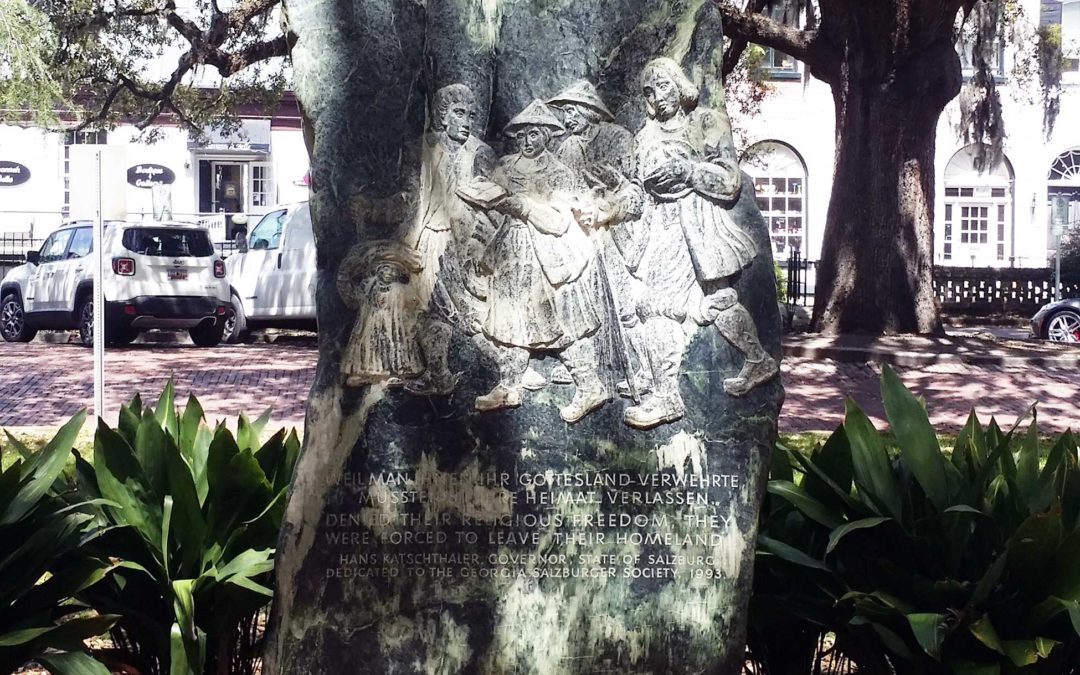 Salzburger Park, a half-acre piece of land next to Emmett Park in Savannah, was the very place, on March 12, 1734, that first group of German-speaking Lutherans, known as the Salzburgers, landed in Georgia and were welcomed by General James Edward Oglethorpe. They were exiled from their homeland in Austria because of their Lutheran / Protestant religious beliefs. In 1994 Anton Thuswaldner, a renowned Austrian sculptor, chiseled the exile story of the Salzburgers into stone, after receiving a commission from the Governor of the State of Salzburg. Once finished, the piece was first displayed in front of Christ Lutheran Church on the Salzach River in Salzburg, Austria. In September 1994, the Monument was shipped from Austria, unveiled and dedicated to the Georgia Salzburger Society and given to the City of Savannah. The historical plaque was added in 1996. The carving on the stone itself, in both German and English, reads: “Denied their religious freedom, they were forced to leave their homeland.” 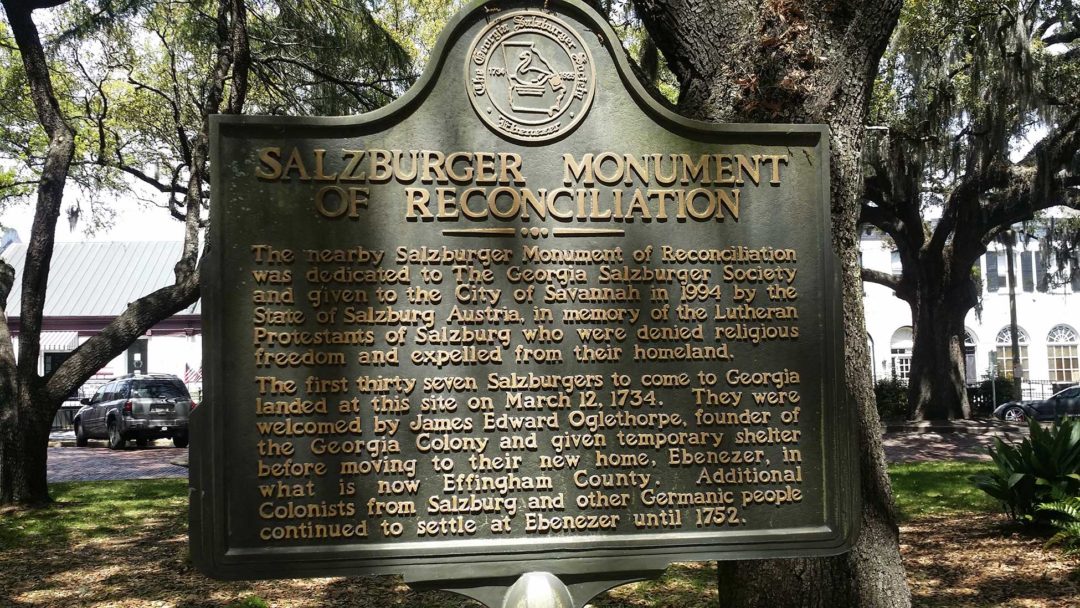