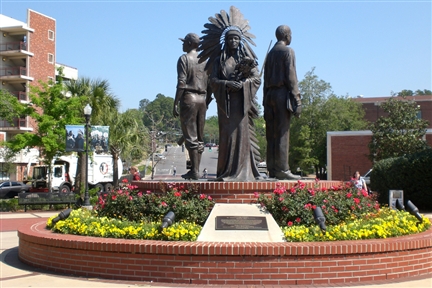 The Integration monument was unveiled during the Florida State University Heritage Day Celebration on January 30, 2004. It consists of three figures standing approximately nine feet tall on a circular brick pedestal. It is based on the concept of “books, bats, and beauty.” The “books” element is represented by Maxwell Courtney, the first African American graduate; the “bats” element is represented by Fred Flowers, the first African American athlete; and the “beauty” element was best represented by Doby Lee Flowers, Fred’s sister, for the significant social achievement of becoming the first African American Homecoming Queen. If you are confused, Doby Flowers is dressed as the Seminole mascot, wearing the traditional garb of the Plains Indians (oops!); the costume was changed to be more accurate in the 1980s. She wrote in the 1970 yearbook: “Not being awarded the homecoming trophy. . . not being asked to attend out of town football games, not being invited to participate in the gubernatorial inaugural parade – that’s what it’s like to be a black queen at FSU.” The sculptor was W. Stanley Proctor.

During the 2012 heritage week, to celebrate 50 years of integration, a ceremony, called “Hand in Hand Across Time” involved students, faculty, staff, alumni and members of the Tallahassee community joining hands in a 1,500-person human chain. Starting at the Integration statue, the chain was divided into “books, bats and beauty” chains. Participants pass a medallion from hand to hand to signify the importance of passing along the values of diversity and unity. The medallions were then embedded into three pyramids installed on the campus. 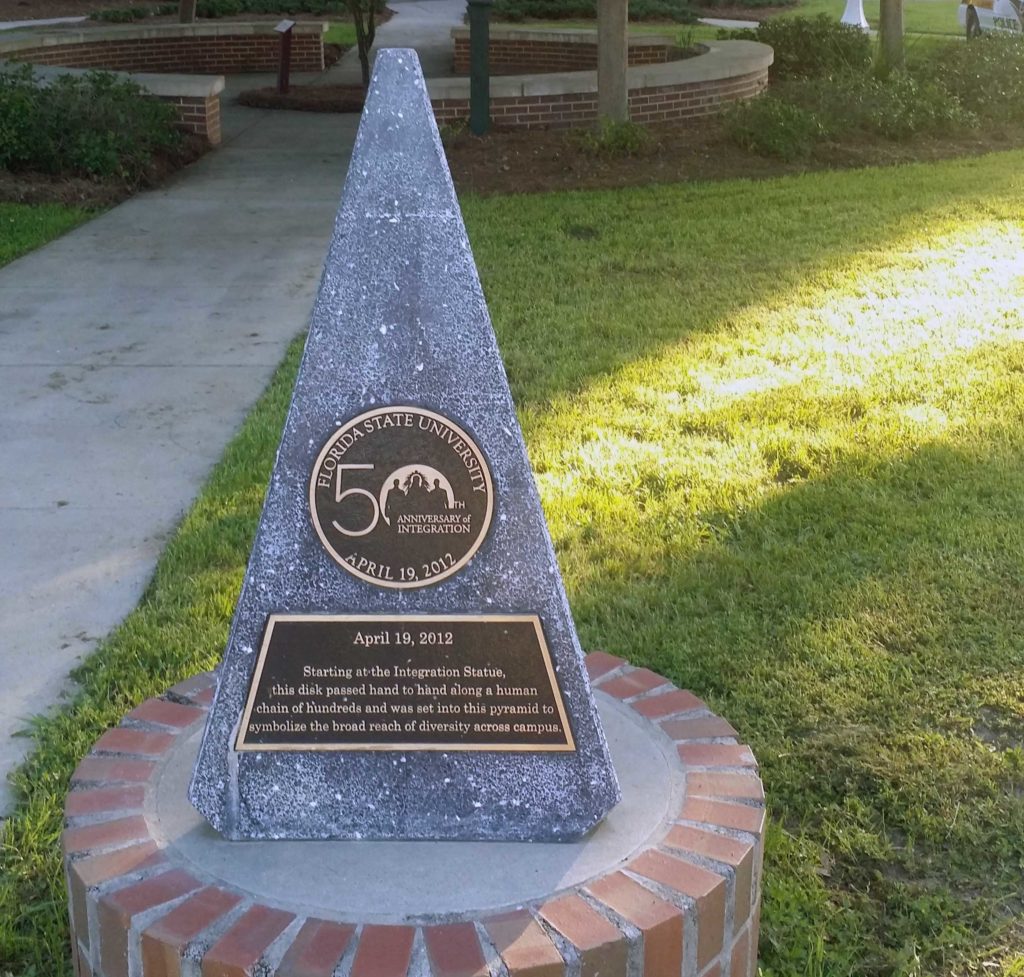