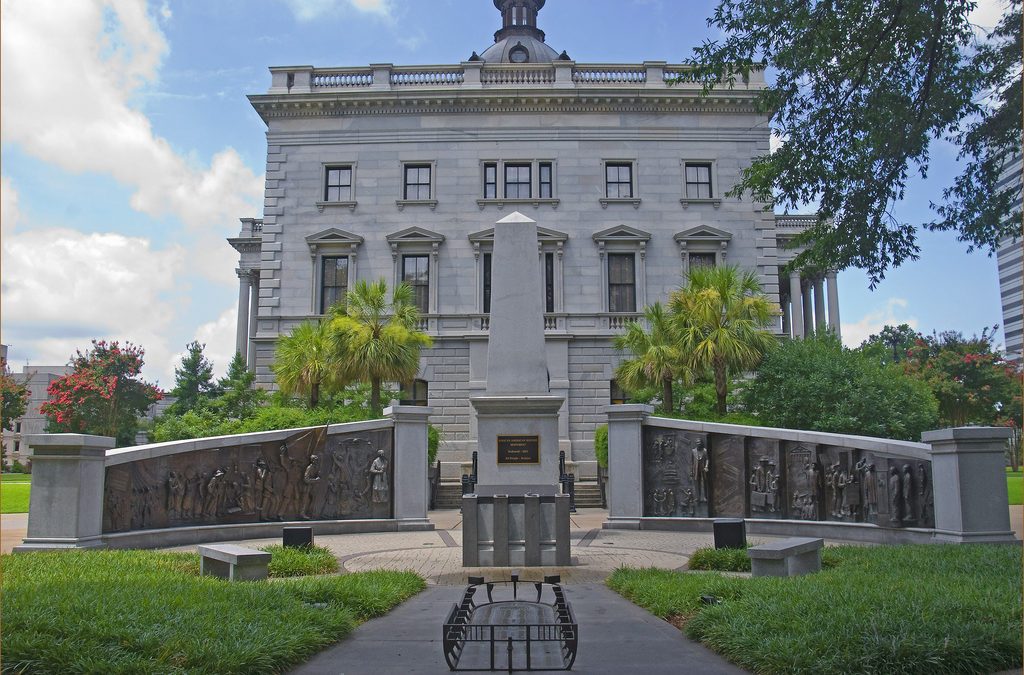 The first of its kind on any of the nation’s state house grounds, this monument was dedicated March 29, 2001 as part of a compromise that also saw the removal of the Confederate flag from the statehouse dome, moved to a flagpole on the grounds. It traces African-American history from the Middle Passage, to the fight for freedom in the Civil War, the struggle for civil rights and emergence into mainstream America. Among the 12 scenes are images that depict a family on the auction block, slaves working in a rice field, men and women celebrating the Emancipation Proclamation, the Jim Crow era, the Northern migration, and images of African Americans today pioneering in such fields as engineering, law education, sports, politics and space exploration. At the base of the monument’s obelisk are four rubbing stones from regions of Africa where slaves were captured – Senegal, Sierra Leone, the Republic of Congo and Ghana. There is also a model of a slave ship, showing how tightly people were packed. 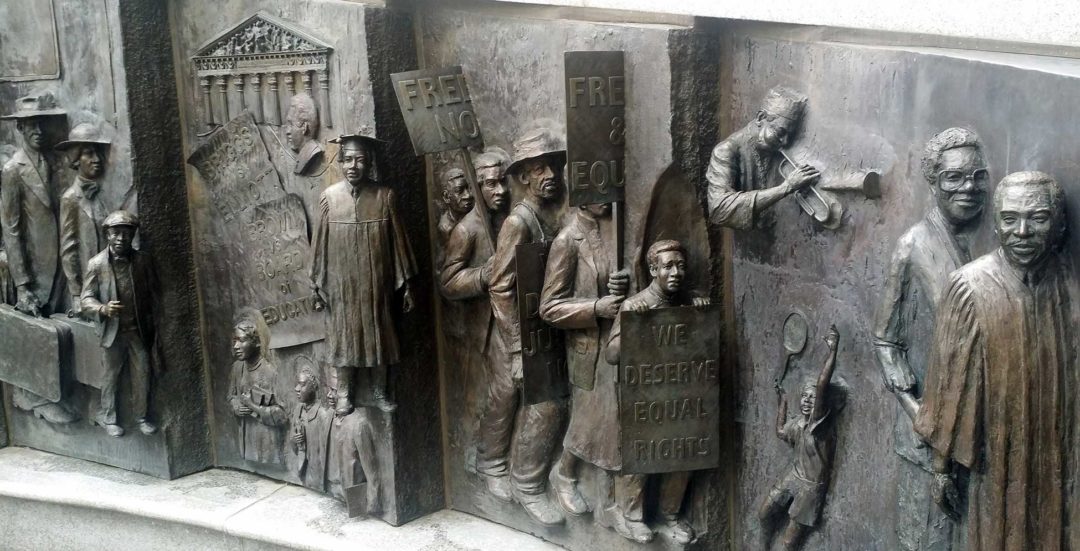