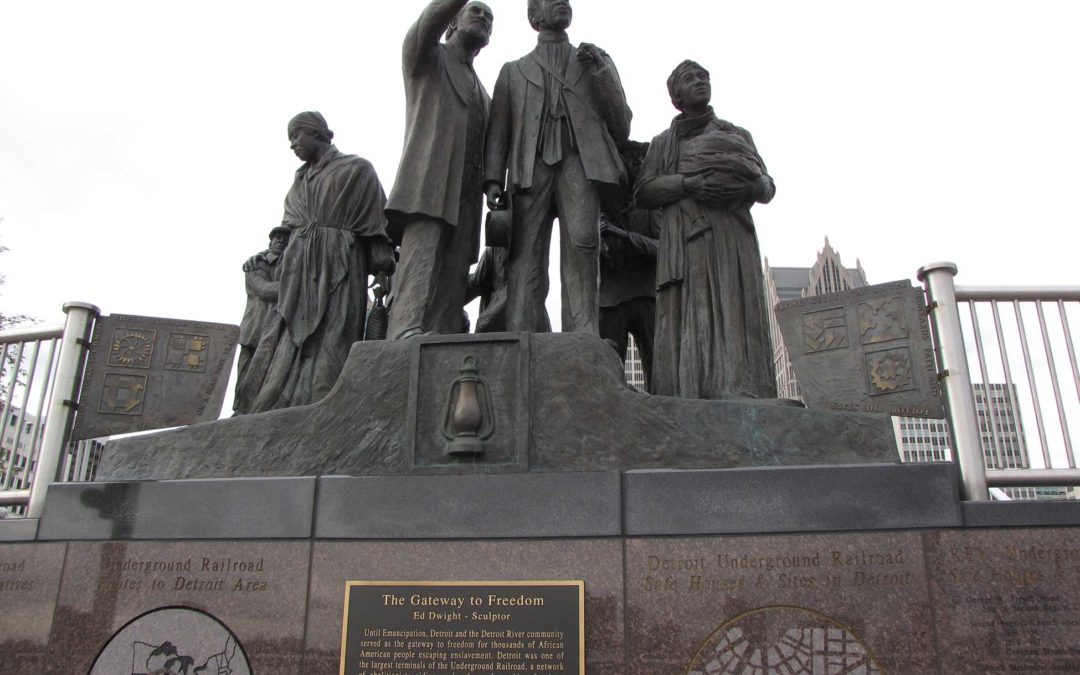 Sculpted by Ed Dwight and dedicated on October 20, 2001, the Gateway to Freedom International Memorial to the Underground Railroad pays tribute to Detroit’s contribution and the thousands of railroad conductors who made freedom possible.For many the city was the final destination for freedom seekers. After the Fugitive Slave Act of 1850, many of the runaways then moved to Canada. Thus, across the Detroit River in Windsor, Canada, the second part of the memorial The Tower of Freedom Memorial faces the Gateway to Freedom Memorial in Detroit. The Detroit Gateway features two pillars that bracket a ten foot by twelve foot sculpture with nine escaped slaves and a railroad conductor pointing toward Canada in anticipation of boarding the boat across the river to safety.

The Windsor tower features a twenty-two foot high granite Freedom Tower that also serves as a candle representing the eternal Flame of Freedom. An escaped male slave is giving thanks and a female slave is holding her baby. A female Canadian Underground Railroad conductor is welcoming them both to safety. On the U.S. side of the Canadian tower is a small slave girl, nostalgically looking back toward Detroit.