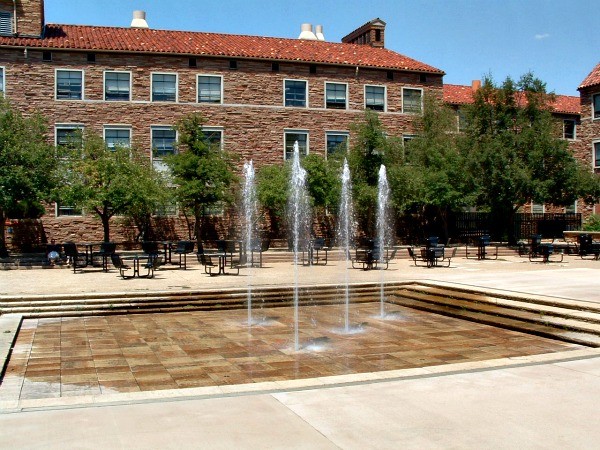 Colorado State grad student Kristina Baumli organized the effort to dedicate the fountain area on the north side of the University Memorial Center — frequently used for demonstrations and protests — to Dalton Trumbo, a Hollywood screenwriter who refused to testify at the McCarthy Hearings during the “Red Scare” and was blacklisted for his radical beliefs. Actor/producer Kirk Douglas, who broke the blacklist by insisting on giving Trumbo credit for the script of “Spartacus,” gave the keynote address, saying “This fountain, with its clear water reaching into the sky, can remind us to keep true to the ideals and we will see our way clear.”

A plaque credits Trumbo for being a “CU Student / Distinguished film writer / Lifelong advocate of the first amendment.”

An eccentric statue of Trumbo in a bathtub, his regular writing milieu, stands in front of the Avalon Theatre on Main Street in Grand Junction, his hometown. Although not specifically a peace and justice monument, its plaque does mention his impeccable radical credentials: “Dalton Trumbo was one of Grand Junction’s most famous artistic exports, of feverish work habit and temperament, he was an academy award-winning screenwriter, author, playwright, erudite firebrand and blacklisted member of 1947’s infamous Hollywood Ten.” 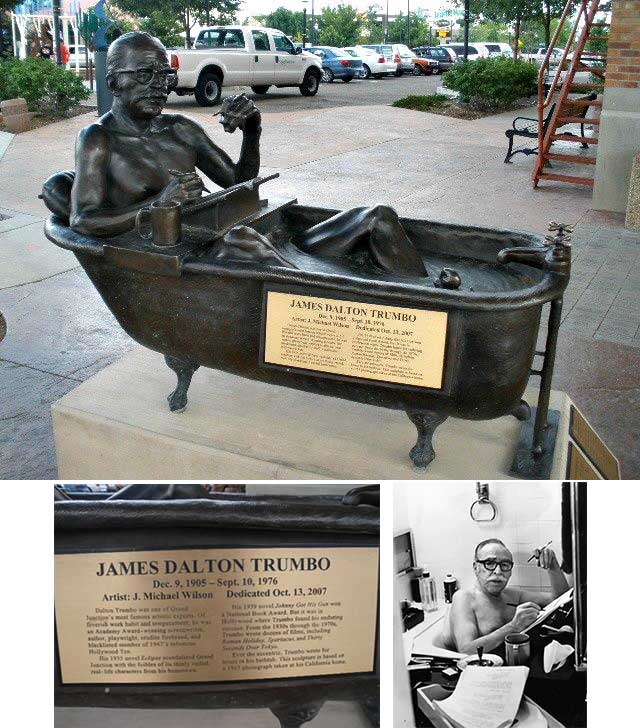