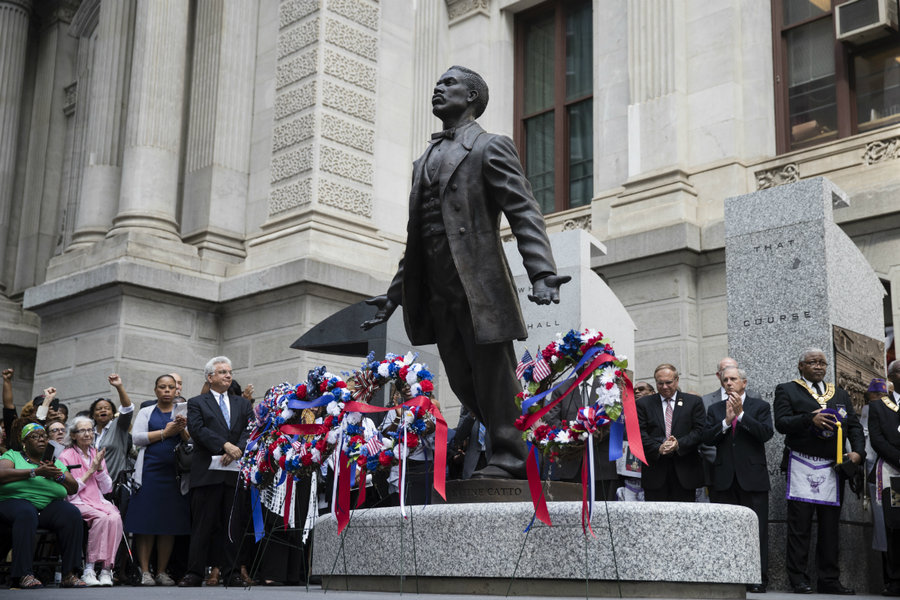 There are more than 1,500 statues on public land in the city of Philadelphia but, until last year, not one of them represents an African-American. This changed on 26 September, 2017 when A 12-foot bronze statue of Octavius V. Catto — 19th century educator, baseball player, abolitionist, and civil rights activist — was unveiled today on the south apron of City Hall. He was among those who campaigned for Pennsylvania to ratify the 15th amendment, which the state did in 1869. He was murdered on Oct. 10, 1871 by Frank Kelly, who was part of a group of armed men who sought to suppress black votes. It was election day; he was just 32. The memorial features a voting box behind which stands the statue of Catto himself. There are also pillars representing trolley cars. The memorial bears an excerpt from Catto’s writing: “There must come a change which shall force upon this nation that course which providence seems wisely to be directing for the mutual benefit of peoples.”