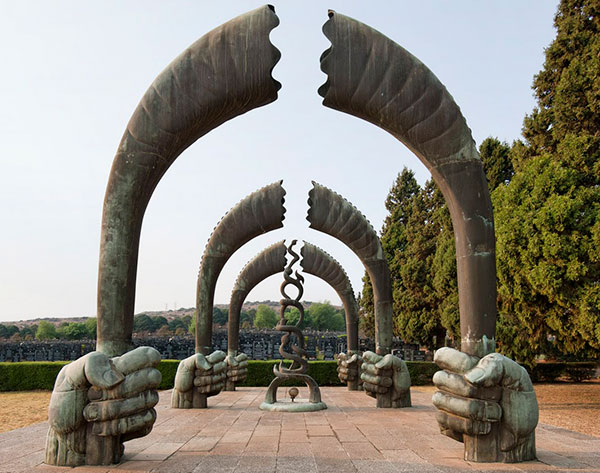 Memorial to the Six Million in Johannesburg’s Westpark Cemetery pays tribute to the Jewish men, women and children who lost their lives during the Second World War. The monument depicts six bronze fists, each five feet high, bursting out of the ground as a protest from the dead. Each fist represents one million Jews who perished under Hitler. The twenty foot ram horns they hold depicts the Jewish ritual trumpet that blast out the sixth commandment “Though shalt not kill”. In pairs, the fists form the three arches of trials and tribulations that Jewish people have experienced over generations of persecution. Built in 1959, the monument was the brainchild of Herman Wald, a Hungarian who in 1937 moved to South Africa, where he lived and worked until his death.