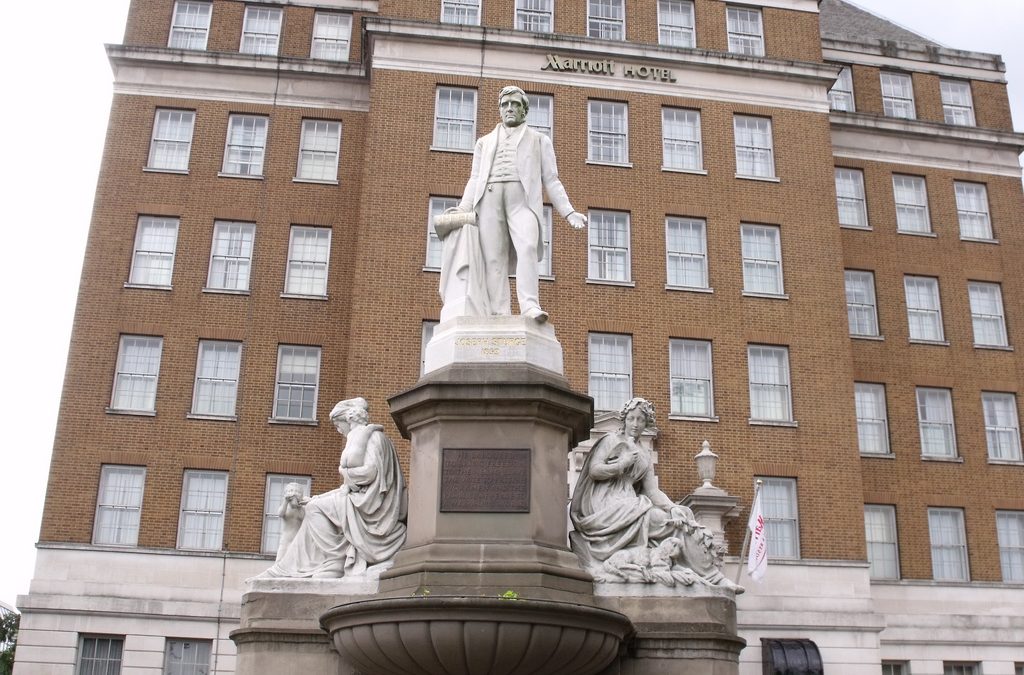 A memorial to the English Quaker, abolitionist and activist Joseph Sturge (1793–1859) was unveiled before a crowd of 12,000 people on 4 June 1862 at Five Ways, Birmingham, England, near his former home. Sturge is posed as if he were teaching, with his right hand resting on a Bible to indicate his strong Christian faith. Lower on the plinth, he is flanked by two female allegorical figures: one representing Peace holds a dove and an olive branch, with a lamb at her feet, symbolic of innocence; and the other, Charity, offers comfort and succor to two Afro-Caribbean infants, recalling the fight and victory over slavery. Around the crown of the plinth are inscribed the words “Charity, Temperance and Peace.” In 1925 the monument was moved a short distance, to its current position, and a bronze plaque was affixed to the memorial to tell passers-by more about its subject. The inscription reads: “He laboured to bring freedom to the Negro slave, the vote to British workmen, and the promise of peace to a war-torn world.”