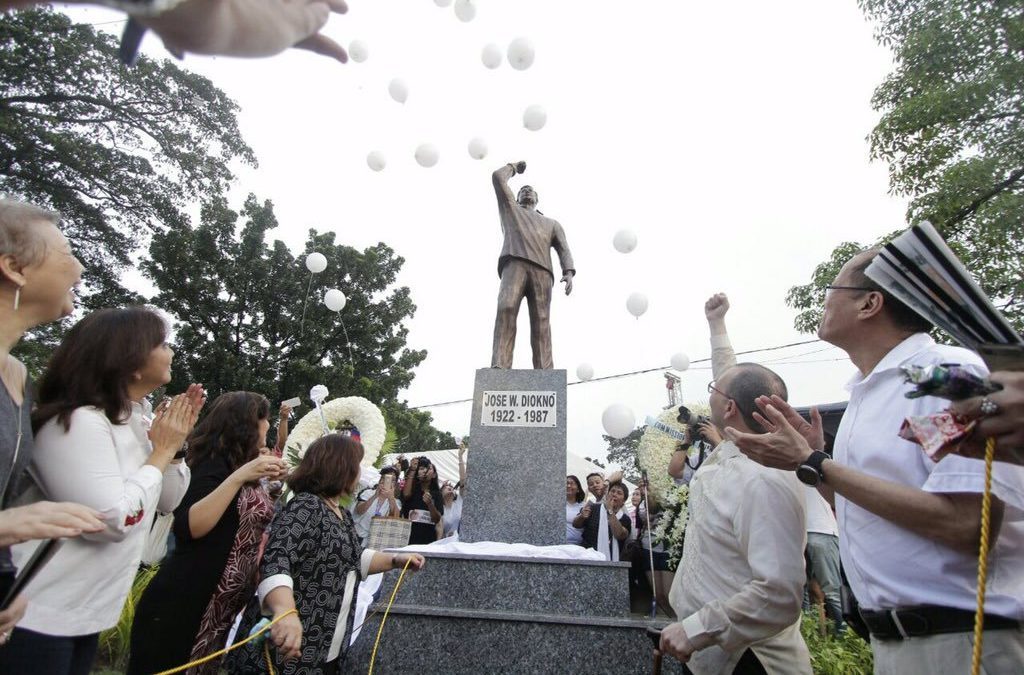 In September 2017 the Commission on Human Rights of the Philippines unveiled a statue of the late human rights lawyer Jose “Pepe” Diokno, appointed by President Corazon Aquino as the founding chairman of the country’s watchdog agency against rights abuses and violations. The event coincided with the 45th anniversary of the late strongman Ferdinand Marcos’ declaration of Martial Law in 1972. Thousands of human rights violations were allegedly committed during the period of his dictatorship.