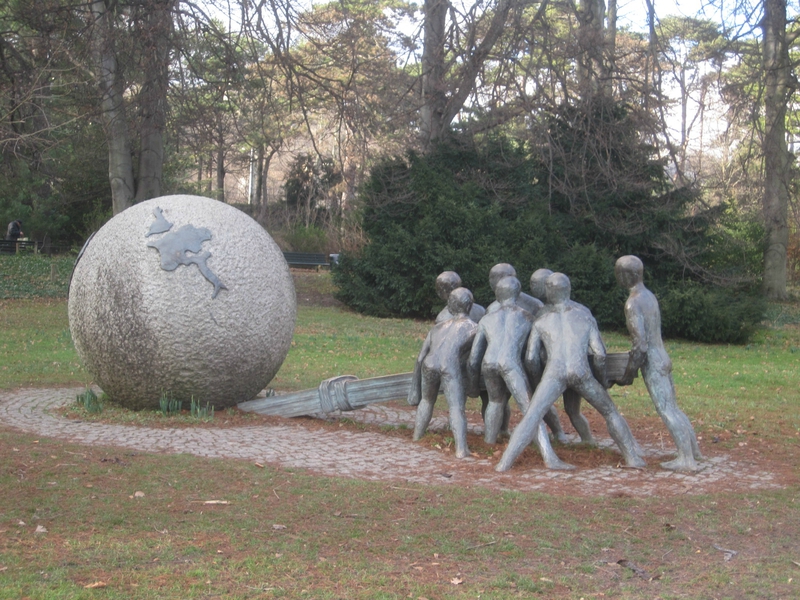 This sculpture, Together for Peace and Justice, by Xavier de Fraissinette, is in the Parc de la Tête-d’Or in Lyon. It was given to the city to commemorate the G7 conference which was held there in June, 1996. The seven figures represent the G7 nations (Canada, France, Germany, Italy, Japan, the United Kingdom and the United States), the most advanced economies in the world. The imagery recalls Archimedes: “Give me a lever long enough and a fulcrum on which to place it, and I shall move the world.”