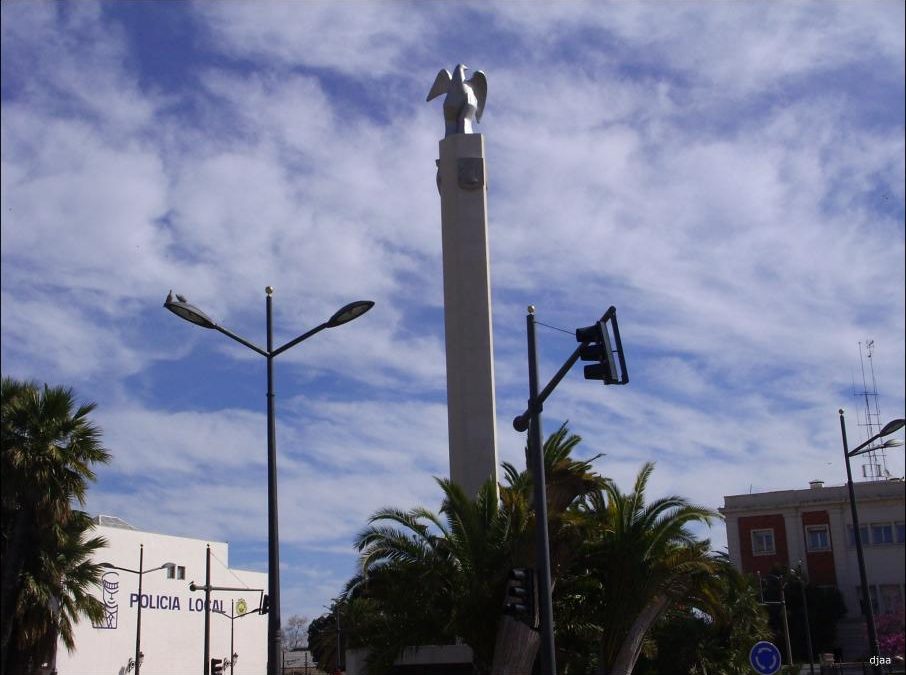 This work, by sculptor José Esteve Edo, was dedicated in 1987. It is an obelisk, 16 meters high, whose crown is a dove and three reliefs with each of the shields that form the Valencian Community. The monument is dedicated to the workers of the Port of Valencia who suffered constant bombings during the Spanish Civil War.

At the base of the monument are three allegorical bronze reliefs. The first of them lists the disasters in the port during the Civil War bombings, the second bronze represents effort and work as a support for Peace and the third the fruits of Peace: el amor, la cultura y el ocio (love, culture and leisure.)

The International Brigades visited the Peace Monument in 1996 on the 60th anniversary “of their struggle for peace, democracy and freedom” and installed a plaque to commemorate their visit.