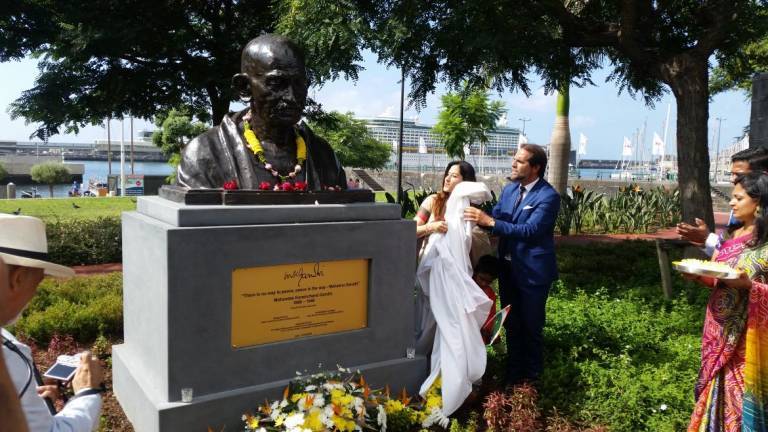 The President of the Regional Government, Miguel Albuquerque and India’s Ambassador to Portugal, Nandini Singla, dedicated this bust of Mohandas Gandhi in Praça do Povo (People’s Square) on 5 September, 2019.

Gandhi passed through Funchal in 1906 as he traveled from London to South Africa. He had gone to London to petition Winston Churchill, then Under Secretary of State for the Colonies, against the Black Act, a law of racial segregation. When the ship stopped in Madeira, he received word that his request had been accepted. Unfortunately, it was fake news.

These words are on a plaque on the base:
“There is no way to peace, peace is the way – Mahatma Gandhi ”
Mohandas Karamchand Gandhi
1869 – 1948

The quote is attributable to AJ Muste, founder of the Fellowship of Reconciliation, not to Gandhi. Oops.