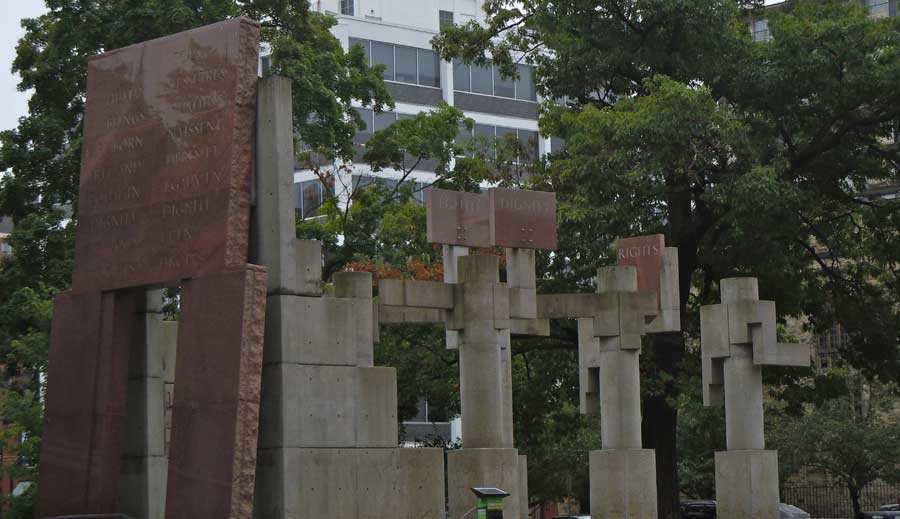 The Canadian Tribute to Human Rights is a monumental sculpture designed by Montreal artist and architect Melvin Charney and unveiled by the fourteenth Dalai Lama in 1990. Standing over thirty feet high and constructed of red granite and concrete, the Monument’s red granite facade bears the text of the first sentence of Article One of the United Nations Universal Declaration of Human Rights: “All human beings are born free and equal in dignity and rights – Tous les êtres humains naissent libres et egaux en dignité et en droits.” The words “Equality,” “Dignity,” and “Rights” – in English and French – are etched on granite plaques and carried by abstract, column-like human figures behind the façade. They also appear on granite plaques within the Monument, known as the House of Canada, in 73 of the Indigenous languages found in Canada. The monument is the focus for a wide range of demonstrations by groups including anti-racism and anti-poverty activists, as well as those protesting international human rights issues. 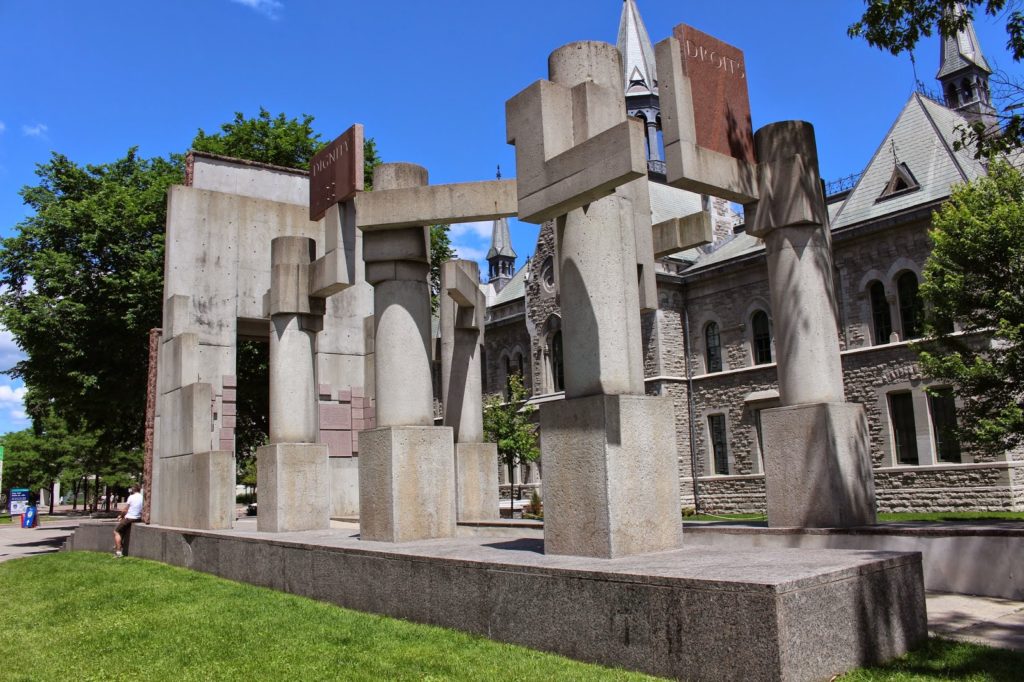