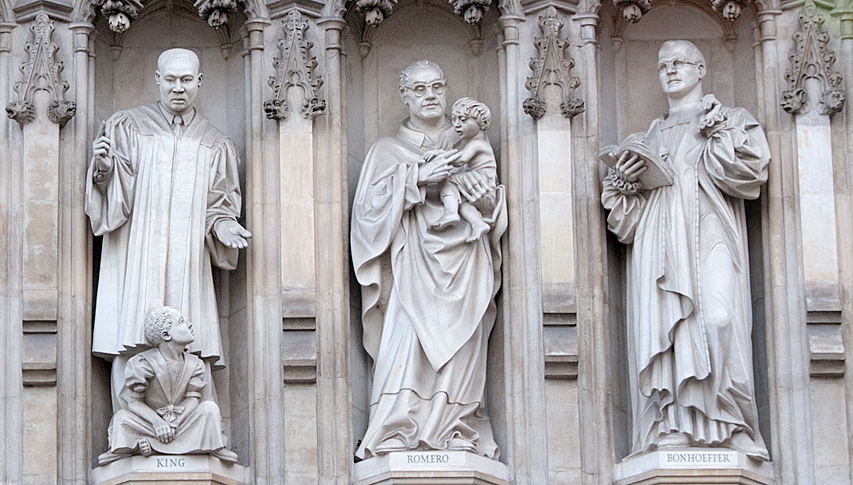 In July of 1998, 10 niches above the west entrance to Westminster Abbey, empty since the Middle Ages, saw the dedication of 10 statues to 20th Century Christian martyrs, people who, according to the Anglicans who administer the Abbey, died for their faith. Among them are notable peacemakers

“These 10 statues are of individual martyrs; but they are intended to represent all those others who have died (and continue to die) in similar circumstances of oppression and persecution.”

To accompany the martyrs, the abbey also filled two niches on each side of the great doors of its main entrance with statues of women representing truth, justice, mercy and peace, virtues on which abbey officials say the martyrs based their lives. The statues, carved out of French Richemont limestone, were designed and sculpted by Tim Crawley. 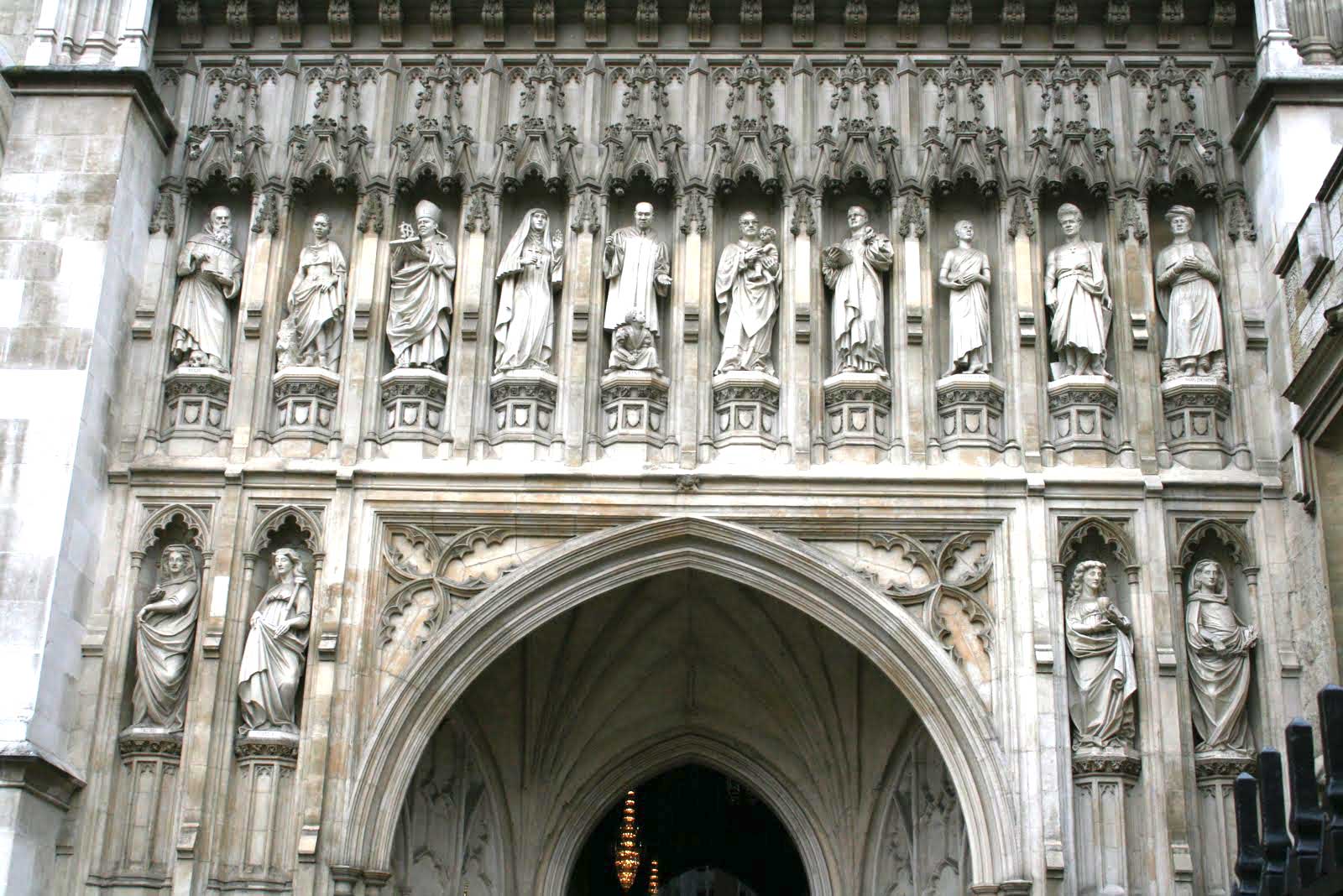