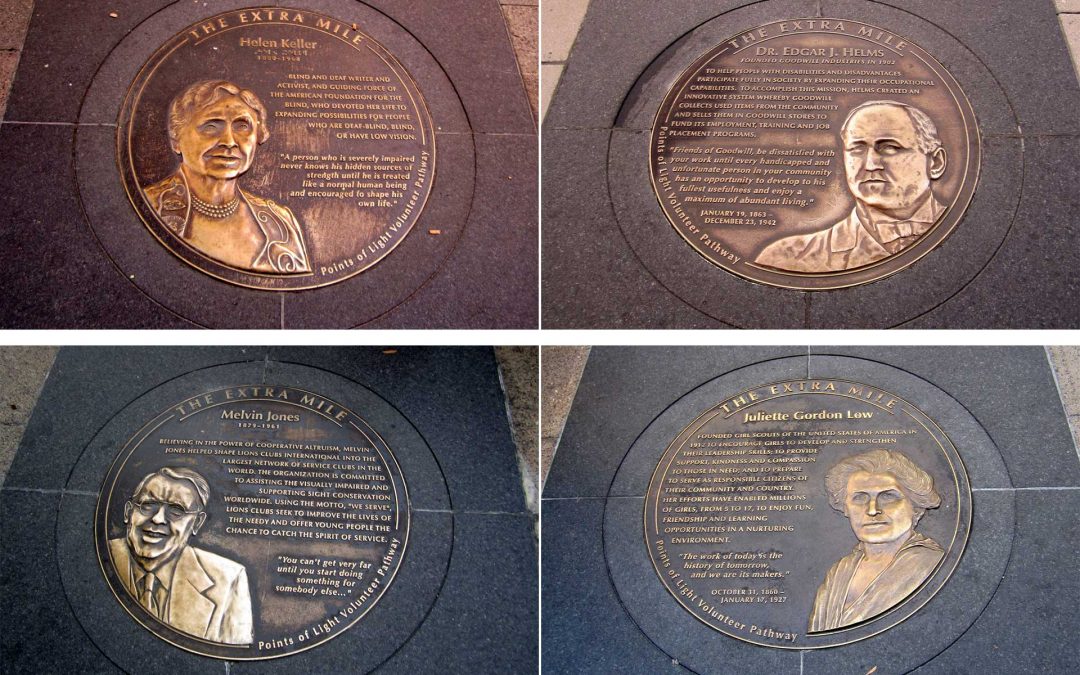 The Extra Mile: Points of Light Volunteer Walkway is a monument dedicated to America’s belief in the power of individuals to make a difference in the world. The monument is just blocks from the White House and begins at the corner of Pennsylvania Avenue and 15th Street and continues north on 15th Street to G street, NW. Formed by a series of bronze medallions creating the one-mile historic walking path the monument honors individuals whose actions and commitment to service have transformed our nation. Thirty-three medallions have been installed since the walkway was dedicated by former president George HW Bush in 2005. It is an initiative of the Points of Light Foundation.

And here’s what one looks like on the sidewalk: 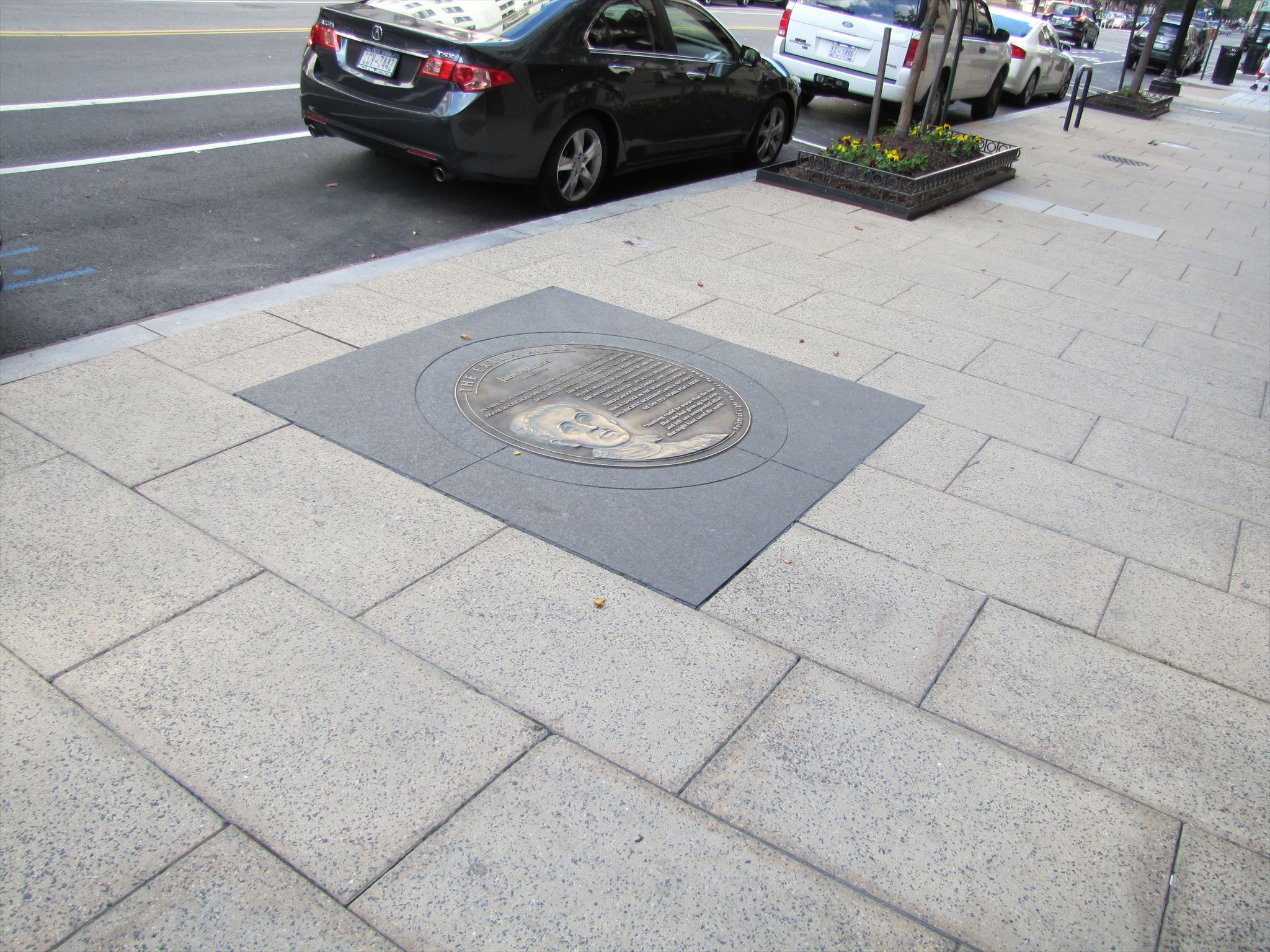