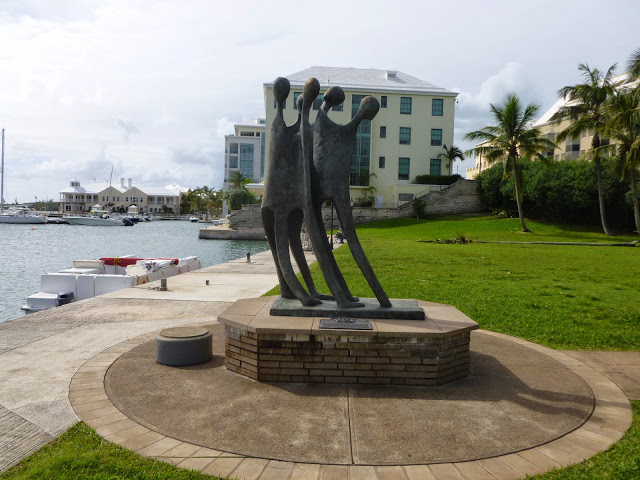 In 1835 a group of 172 slaves from America chose to gain their freedom on the shore of Barr’s Bay Park. In 2010 a sculpture was unveiled to commemorate the event. As a plaque at the base of the statue explains:

THE BERMUDA DIASPORA HERITAGE TRAIL
{Globe With Bermuda Greatly Enlarged}
BERMUDA
OFFICIALLY DESIGNATED A UNESCO
SLAVE ROUTE PROJECT
Enterprise Landing Site Barr’s Bay Park
In 1856 the American brig Enterprise was on its way from Alexandria,
Virginia to Charleston, South Carolina and was driven off course
by a violent storm and had to put into Bermuda for provisions
On board were 78 slaves due to be sold once the vessel
reached its destination.
But slavery was now illegal in Bermuda and the ship in violation of
island laws. the slaves were brought ashore at Barr’s Bay Park which is
located in the City of Hamilton and taken before the Chief Magistrate
where they were given the opportunity to stay in Bermuda
and become free or continue with the ship and be sold.
all but one mother and her five children chose
to remain on the island. 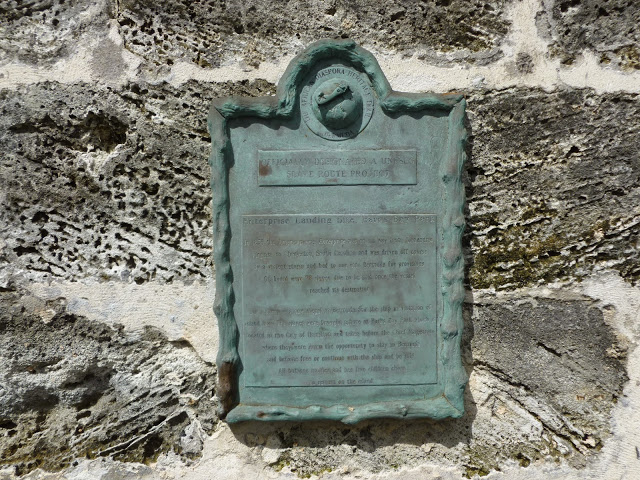 Another plaque containing the coat-of-arms of the City of Hamilton adds:

“We Arrive”
Less that one year after Bermuda’s slaves won emancipation, in early
1835, the American Brigantine Enterprise having set sail from Virginia
was blown off course by a savage inter storm and forced to seek
refuge in this harbour. When safely moored, the brig was discovered to
hold a ‘human cargo’ of 78 slaves who, as a result of a Habeas Corpus
obtained by the islands’ Black Friendly Societies, were offered their
freedom by the Bermuda Courts on February 18th 1835.
Local artist Chesley Trott was commissioned by The Corporation
of Hamilton to create this sculpture, unveiled on the 175th Anniversary
of the historic day, to commemorate not only the freed 172 men, women
and children who accepted Bermuda as their home, but a community
who offered this rare gift. 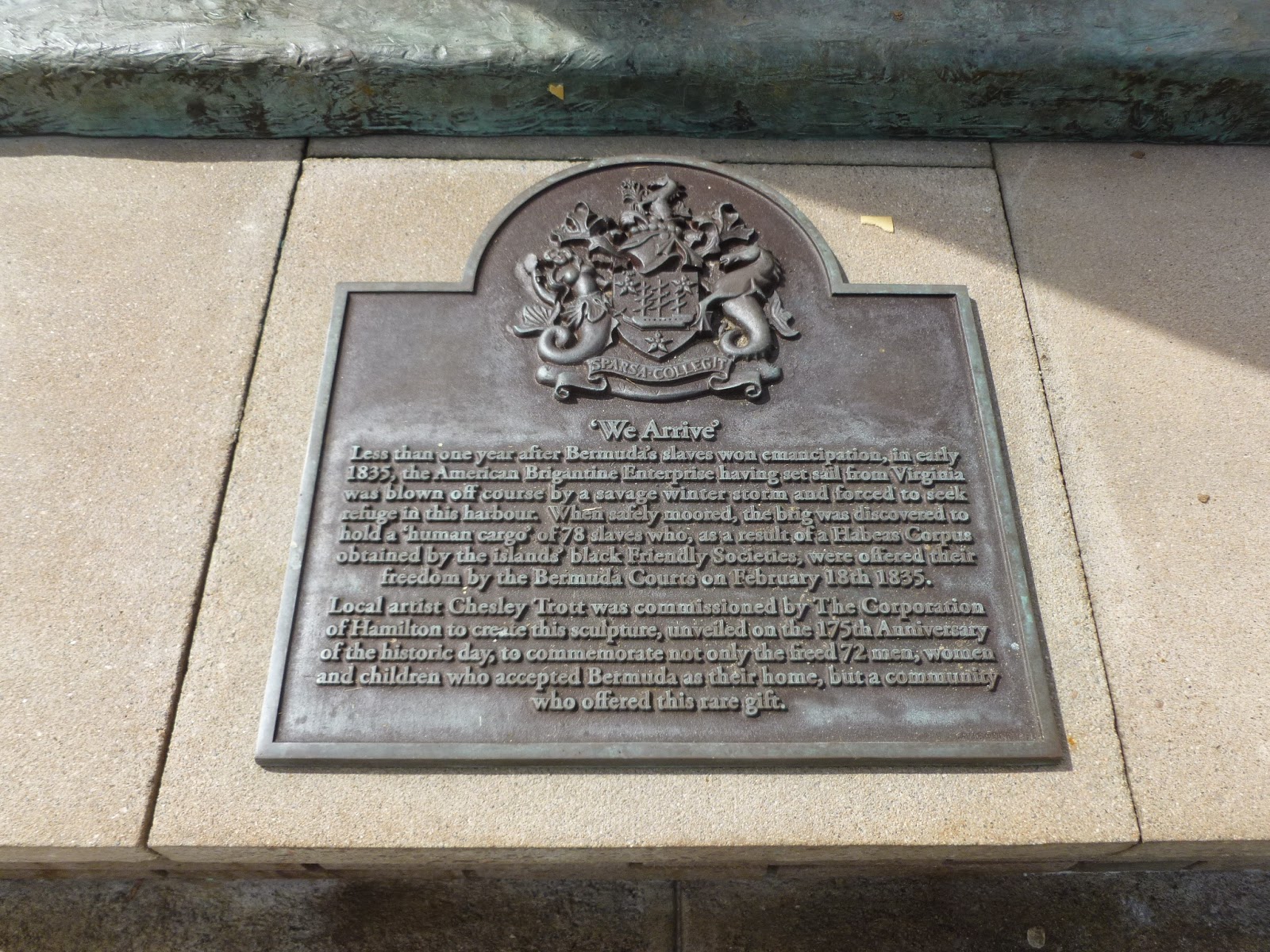