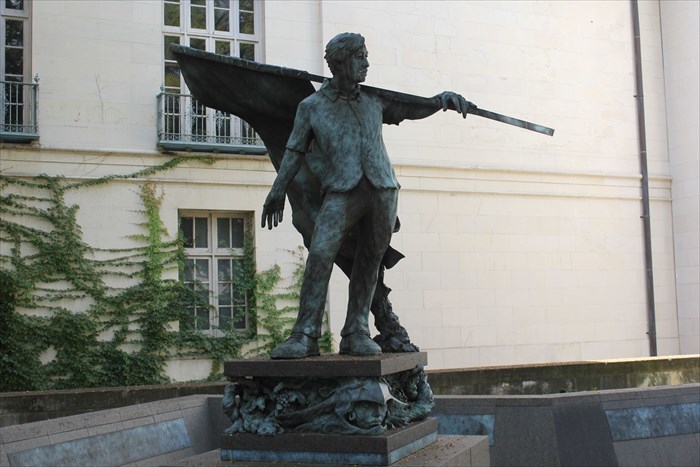 This student-funded statue of civil rights crusader Cesar Chavez was unveiled on the West Mall area of the University of Texas campus in 2007. The bronze statue shows Chavez facing west, with a flag. His left arm is draped over the short flag pole, which rests on his shoulders, as the flag unfurls and flutters behind him. The pose suggests hard-won victory after a long battle, which is exactly what Chavez achieved for Hispanic migrant workers and other farm workers. Chavez stands on a plinth made of two plates of bronze filled with meandering grape vines and a head of the Roman god Dionysus, the god of wine. Dionysus looks defeated, a symbol of the worker’s victory over the powerful California Grape Association. Beneath the two disks, bronze blocks are arranged, symbolizing the manner in which civil rights are the building blocks of democracy.