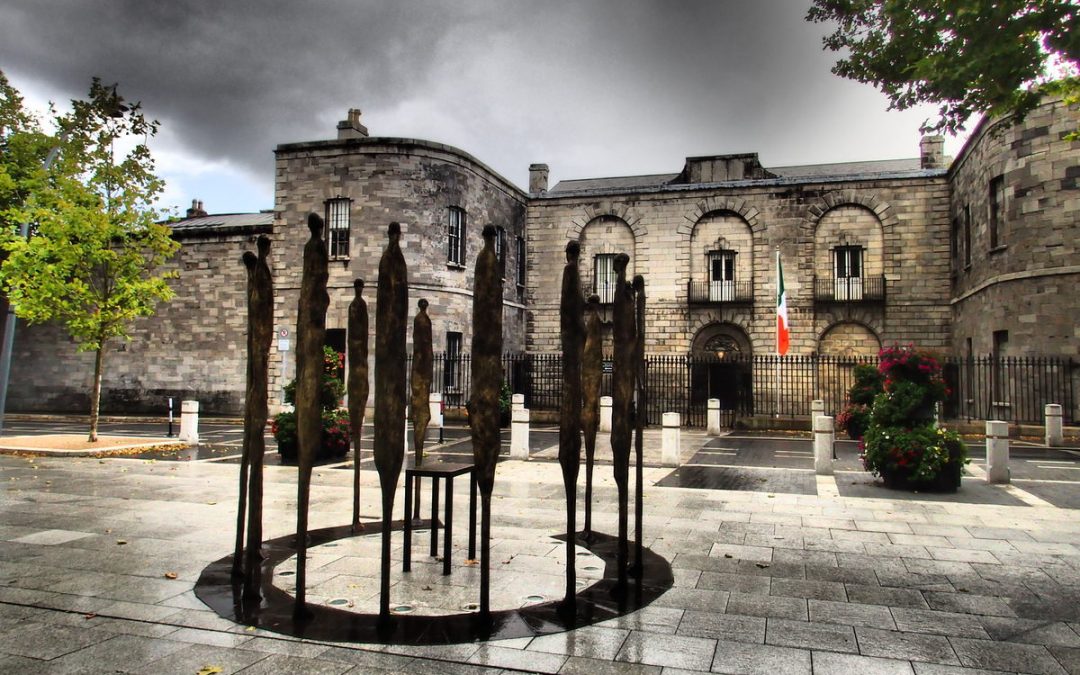 “Proclamation” by Rowan Gillespie is a permanent outdoor sculpture honoring the leaders of the Easter Rising, and the authors of the Irish proclamation of Independence. It is across the street from the Kilmainham Gaol where the proclamation writers were executed in 1916. The fourteen faceless bronze statues stand in a circle around a pillar, the words of their proclamation engraved into the metal. The blindfolded statues each have an execution order or a verdict carved into their base, and their torsos are riddled with holes to represent where they were hit by the firing squad. It was installed in 2008.

I’ve wrestled with the appropriateness of including monuments to liberation struggles in this compendium of peace and justice monuments because so many of them commemorate and ultimately celebrate armed struggle. Where is the peace in that? The Irish Easter Proclamation, for example, states:

In every generation the Irish people have asserted their right to national freedom and sovereignty; six times during the past three hundred years they have asserted it in arms. Standing on that fundamental right and again asserting it in arms in the face of the world, we hereby proclaim the Irish Republic as a Sovereign Independent State, and we pledge our lives and the lives of our comrades in arms to the cause of its freedom, of its welfare, and of its exaltation among the nations.

These statues are neither peaceful nor nonviolent; they do, however, commemorate acts of justice and are deserving of study.