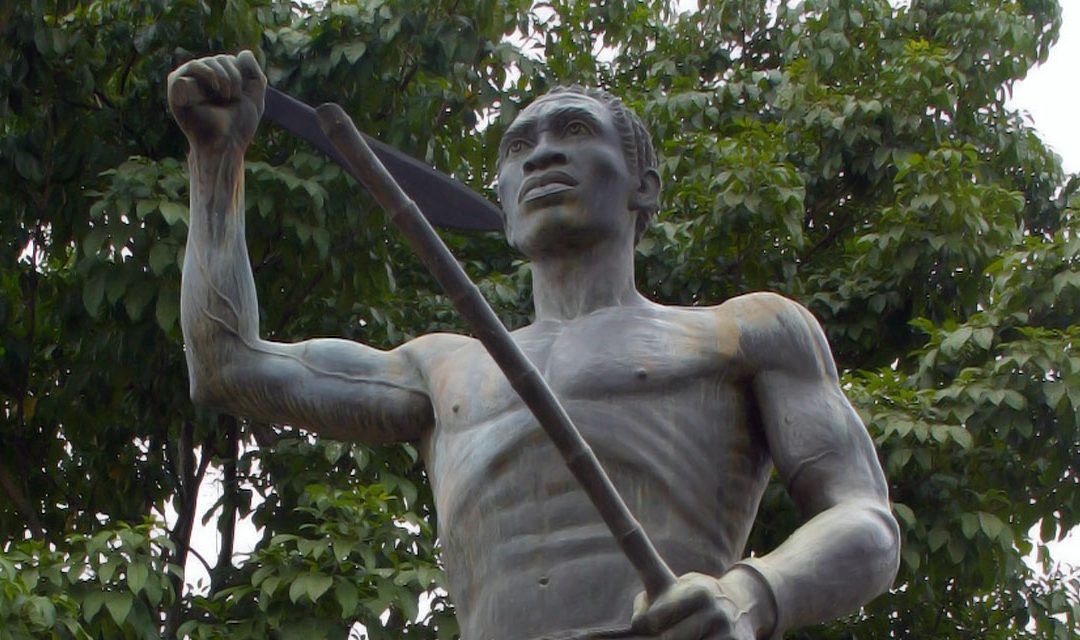 Gaspar Yanga was a member of the royal family in Gabon prior to being kidnapped and enslaved, working in the Veracruz sugar plantations. He is widely considered to have established one of the first free black settlements in North or South America. Yanga founded the settlement after fleeing to the mountains and establishing an agricultural community — a palenque — in 1570. They lived there in peace for almost 40 years. In 1609, Spanish authorities sent a militia to defeat Yanga, accusing him of disrupting and looting trade routes along the Camino Real between Veracruz and Mexico City. After numerous battles with the Spanish, the town of San Lorenzo de Los Negros, now called Yanga, was officially recognized in 1618 as a free black settlement by the Spanish.

Today, the town hosts the “Carnival of Negritude” every August 10th in honor of Gaspar Yanga. The inscription reads: African Black liberator and precursor of the black slaves who founded the town of San Lorenzo de Cerralvo (now Yanga) by agreement of the viceroy of New Spain, Rodrigo Pacheco, on the third day of October 1631 by order of the viceroy’s pen. First Free city in America.” It was dedicated in 1976.