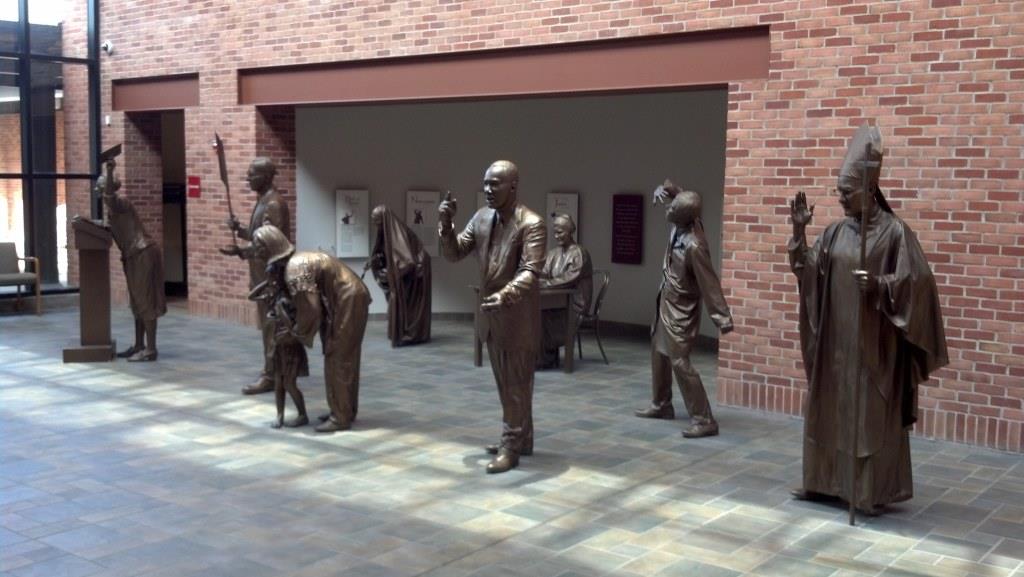 Life-size bronze figures of eight contemporary people at the Solanus Casey Center at the Saint Bonaventure Capuchin Monastery represent the Beatitudes of Christ in the Sermon on the Mount (Matt. 5:3–11.) Each of these individuals has shown through their life and ministry how to live Christianity in action.

The eight individuals chosen are:

Blessed Solanus Casey (November 25, 1870 – July 31, 1957) was an Roman Catholic priest and a professed member of the Order of Friars Minor Capuchin, known during his lifetime as a wonderworker, for his great faith, and for his abilities as a spiritual counselor – but especially, for his great attention to the sick, for whom he celebrated special Masses. He was beatified in November, 2017. His center was built in 2002.