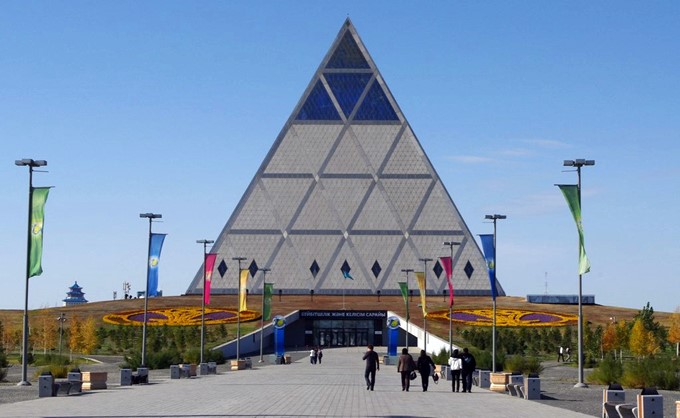 Built between 2004 and 2006, the Palace of Peace and Reconciliation (also known as the Palace of Peace and Accord) represents all of the world’s religious faiths and houses educational facilities, a national center for Kazakhstan’s various geographical and ethnic groups, and a 1,500-seat opera house. The lower portions of the triangle are clad in pale granite while the upper portions feature stained glass featuring doves designed by Brian Clarke. The pyramid was designed by British architect Norman Foster. Kazakhstan moved its capital from Almaty to Astana in 1997. 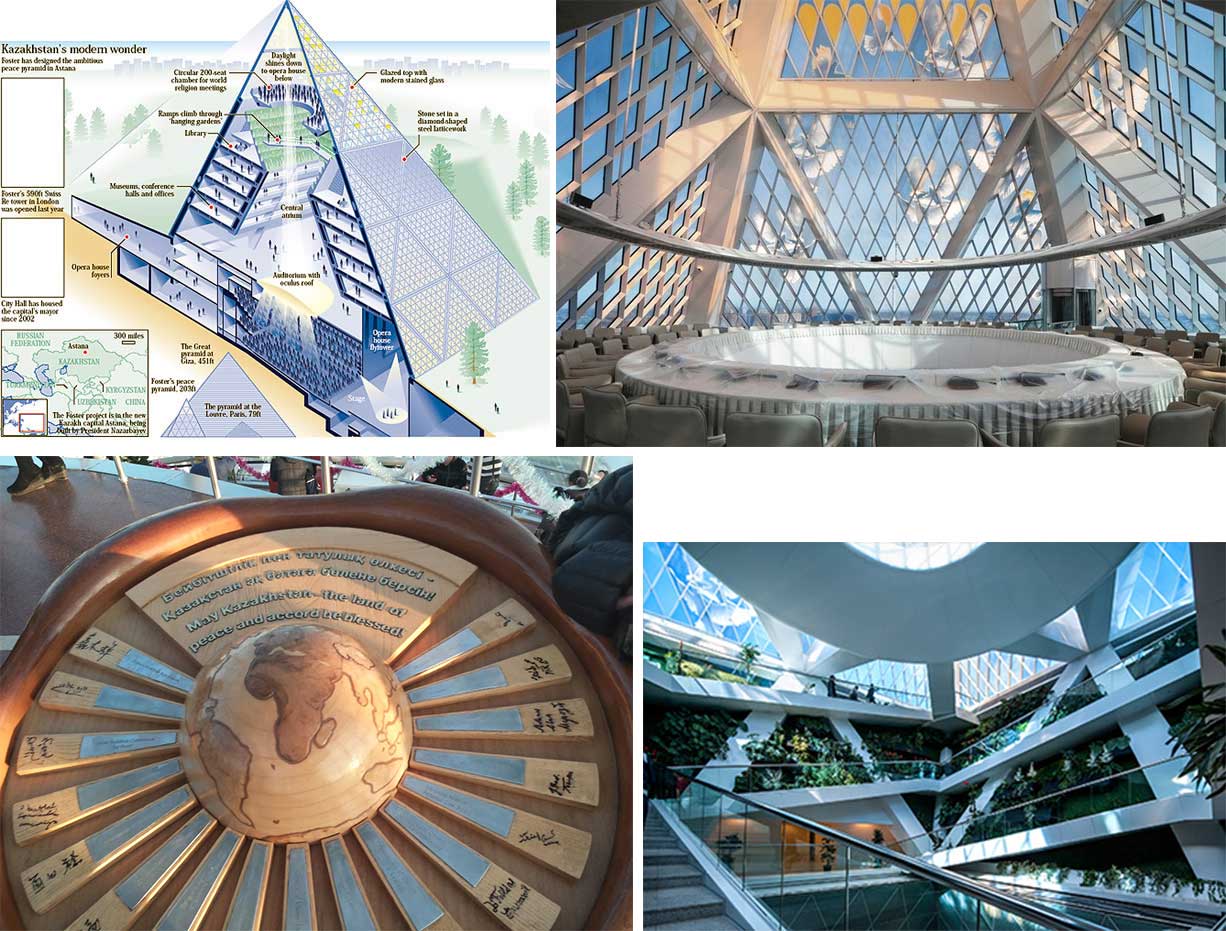