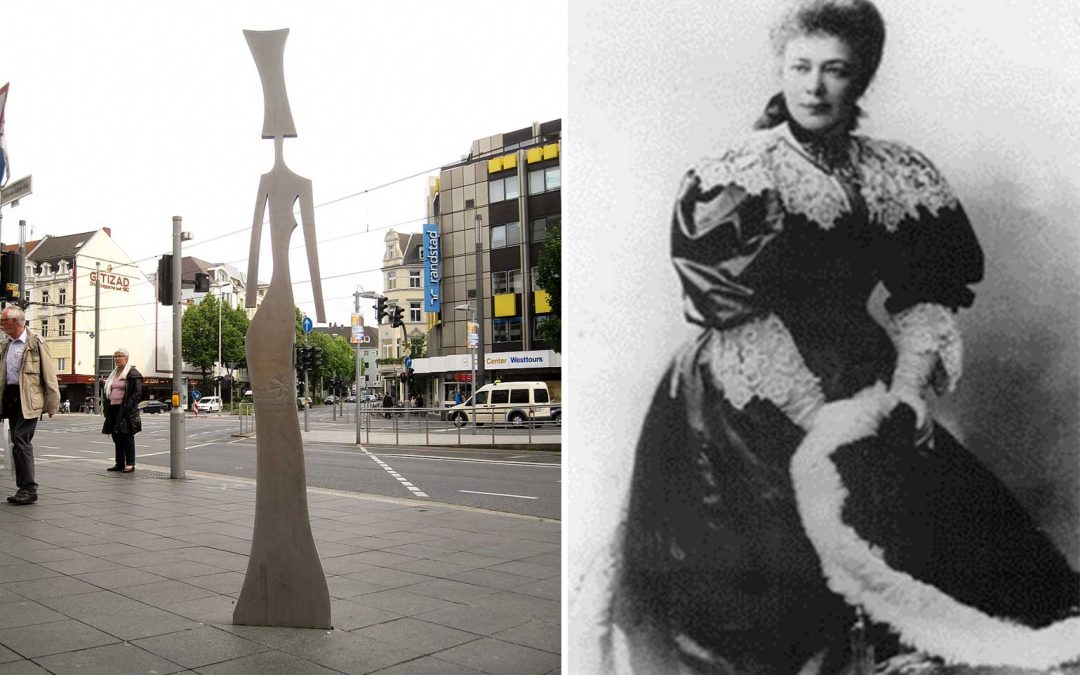 The 2.50 m high stainless steel sculpture was placed on Bonn’s Bertha-von-Suttner-Platz on the initiative of the Women’s Network for Peace and dedicated on September 21, 2013, the International Day of Peace. It is the work of Finnish sculptor Sirpa Masalin. On the front it bears the inscription 1843-1914 Bertha von Suttner, Nobel Peace Prize 1905.

The square was a residential area, destroyed by allied bombing during World War II. The city renamed it after von Suttner in 1949.

Bertha Felicitas Sophie Freifrau von Suttner was an Austrian-Bohemian pacifist and novelist. In 1905 she became the second female Nobel laureate, the first woman to be awarded the Nobel Peace Prize. She came to work as a secretary for Alfred Nobel in Paris in 1876. After only a couple of months she left her job and returned to Vienna to get married, but maintained an extensive correspondence with Alfred Nobel and was very critical of the military applications of dynamite. She was active in the peace movement in Austria and Germany. Among her books is Die Waffen Nieder (Lay Down Your Arms) published in 1889. She also published a pacifist journal with the same name.