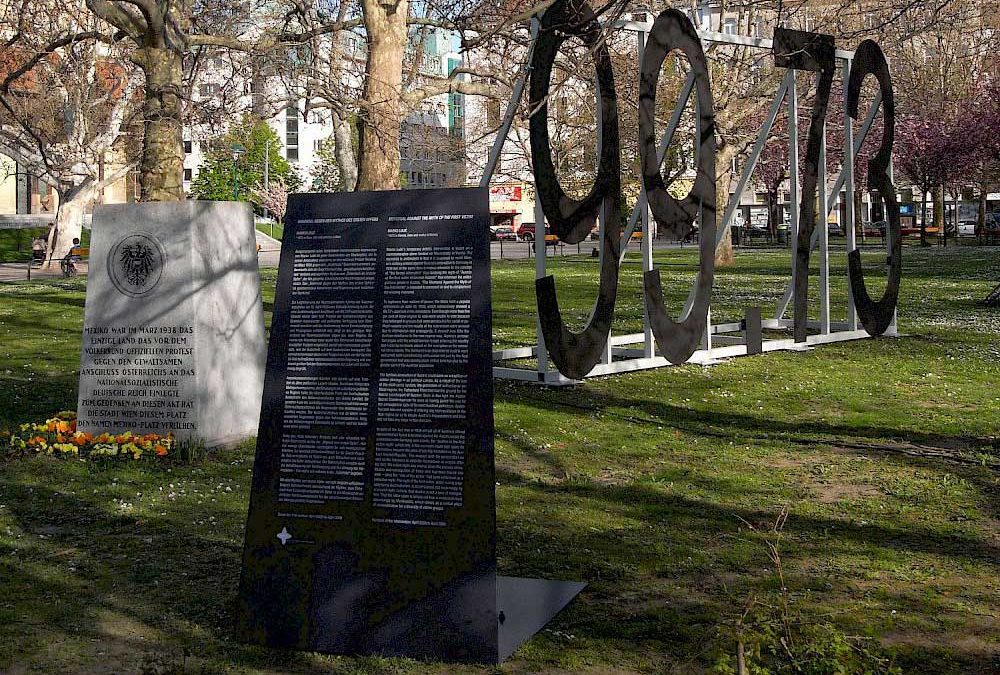 In 1956 Vienna renamed Erzherzog-Karl-Platz (Archduke Karl Square) as MexikoPlatz, and erected this memorial commemorating Mexico’s condemnation of the Anschluss (Nazi annexation of Austria to make a “Greater Germany”) in March, of 1938, the only country in the League of Nations to do so.

On April 10, 2009, Marko Lulić erected a one-day installation, Mahnmal gegen den Mythos des ersten Opfers (monument against the myth of the first victim) adjacent to the Mexican monument. The number 99.93 is the percentage of Austrians who voted yes in a referendum on the Anschluss exactly 70 years before. It was his artistic/political intent to counter the narrative embodied in the Mexican monument that Austria was the first victim of Nazi oppression and thus distance themselves from Nazi atrocities.