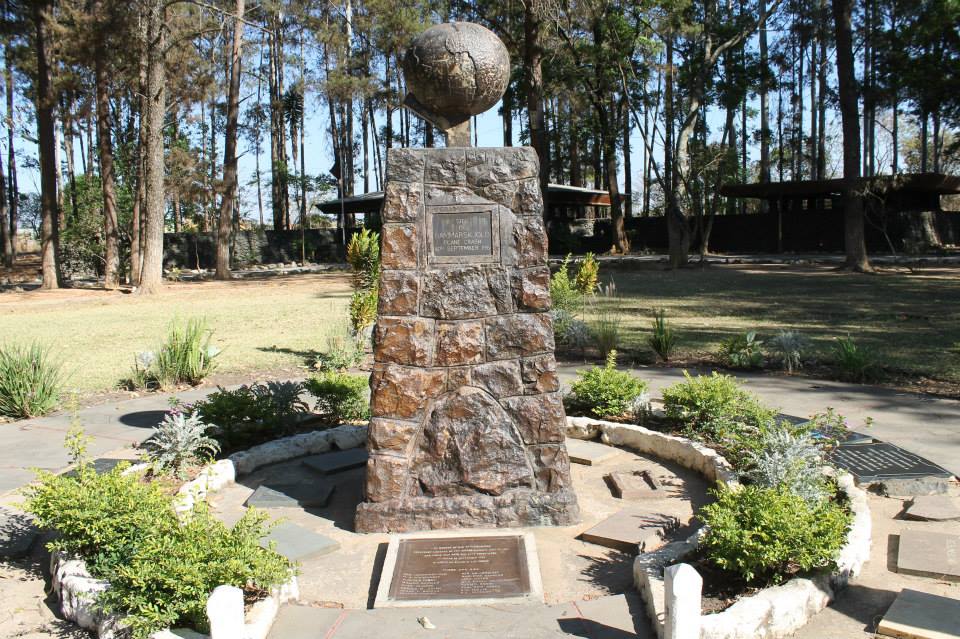 Just after midnight on September18th, 1961 a plane carrying UN Secretary-General Dag Hammarskjöld and fifteen others crashed, killing all aboard, outside of Ndola, in what was then Rhodesia. The small plane was on the way to the Congo Republic to negotiate a cease-fire. Hammarskjöld was a Swedish diplomat and economist who served as the secretary-general from 1953 until his death. After his death, he was awarded the 1961 Nobel Peace Prize, for which he had been nominated just before his death. The memorial itself consists of a garden with a cairn at the center, with shrubs and trees surrounding the outer circle. A museum was constructed and opened in 1981 that exhibits some remains of the crash, as well as materials on the life of Hammarskjöld and the United Nations. The plaque is a quotation from his own book:

“The only value of life is it’s content – for others apart from any value it may have for others my life is worse than death therefore in my great loneliness serve others.“