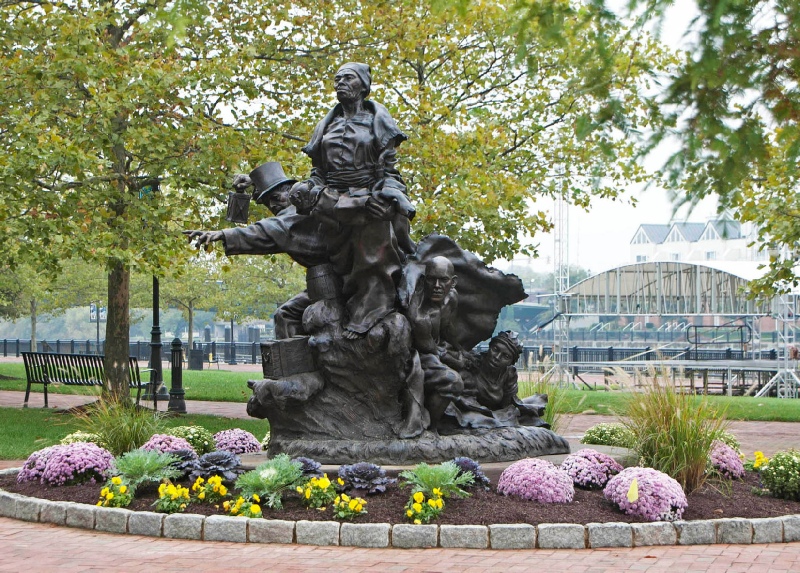 Dedicated in 2012, this scene embodies the perseverance and sacrifice of Harriet Tubman and those who assisted her in leading enslaved African Americans out of the South, a dangerous, clandestine operation known as the Underground Railroad. This monument includes Thomas Garrett, a Quaker abolitionist who provided supplies and a safe haven for the travelers. In her arms, Tubman carries a young child she drugged so it would sleep quietly and not reveal their presence to bounty hunters. Traveling during winter only at night, exhausted, cold and bewildered fugitives are slipping and sliding in the snow, following Tubman’s lead.

It was sculpted by Mario Chiodo.