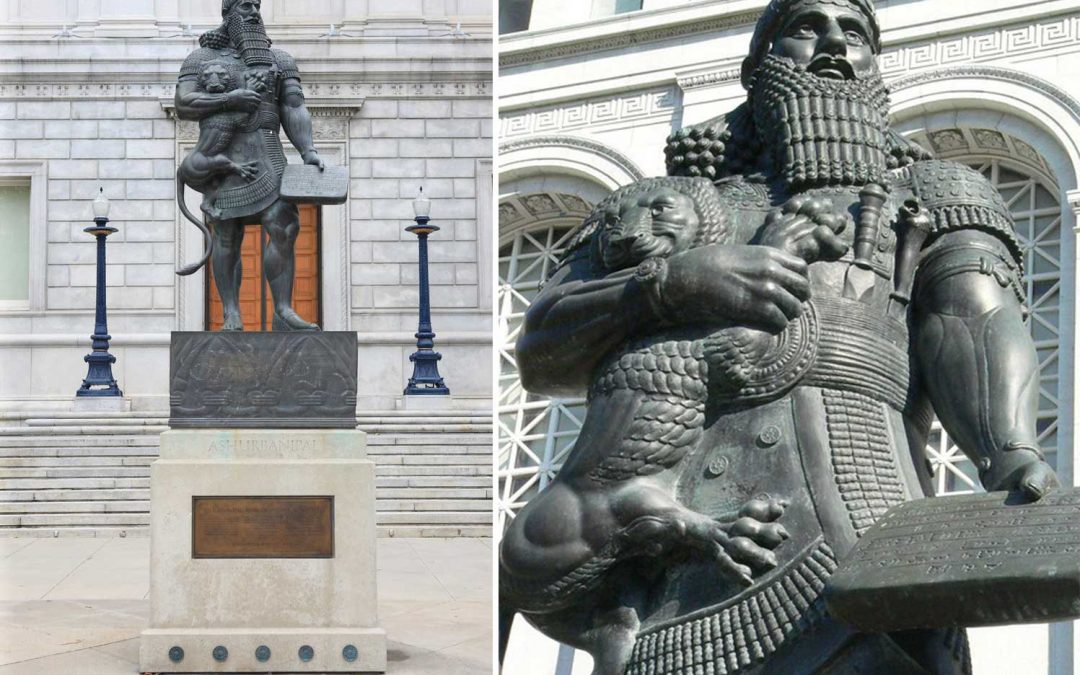 The 15-foot statue depicting the Assyrian king was commissioned by the Assyrian Foundation for the Arts and presented to the City of San Francisco in 1988 as a gift from the Assyrian people. The statue stands on Fulton Street between the Main Library and Asian Art Museum, within the city’s Civic Center. It was sculpted by Fred Parhad, an Iraqi-born artist of Assyrian descent.

Ashurbanipal was the king of the Neo-Assyrian Empire from the death of his father Esarhaddon in 669 BC to his own death in 631 BC. Although he achieved the greatest territorial expansion of the Assyrian Empire which included Babylonia, Persia, Syria, and Egypt, he considered his vast library of more than 30,000 clay tablets at Nineveh to be his greatest achievement. It is now owned by the British Library.

Tolstoy wrote a short story about Ashurbanipal’s father, in which, after being visited by an apparition of an old man, “He called his son Assur-bani-pal, and gave the kingdom over into his hands; and he himself went into the desert to think over all he had learnt. Afterwards he went about as a wanderer through the towns and villages, preaching to the people that all life is one, and that when men wish to harm others, they really do evil to themselves.” You can read the story here.

There’s a meme circulating about this statue claiming it depicts: “when you’re getting your Amazon package and don’t want your cat to escape out the door.” Hee hee.